Heavy D collapsed after shopping on Tuesday, a day after he visited a doctor for what he said was a “touch of pneumonia.” 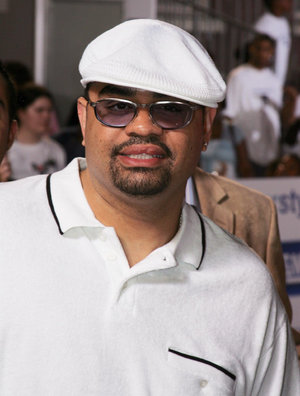 A portrait of the final hours of hip-hop icon Heavy D’s life is starting to come into focus. Heavy D, who died Tuesday after collapsing at his Beverly Hills home after a shopping trip, visited a doctor on Monday, according to a report in the New York Daily News.

“He said he had a touch of pneumonia, maybe from traveling. He just got back from England,” said cousin Ruddy Phillips to the paper.

Heavy D, born Dwight Arrington Myers in Jamaica, was apparently on medication as a result of the doctor visit. An autopsy was completed Wednesday morning but authorities declined to release the results pending the findings of toxicology tests, which could take up to six weeks to complete.

Heavy D was found conscious and talking when officers arrived on the scene at 11:30 a.m. PST, according to the report, but he was having difficulty breathing after he collapsed in an exterior hallway of his condo building. He was taken by ambulance to Cedars Sinai Medical Center in Los Angeles where he died 90 minutes later.

“There doesn’t appear to be any foul play. We believe it was medically related,” said Lieutenant Mark Rosen of the Beverly Hills Police Department.

Heavy D, raised in Mount Vernon, N.Y., is survived by a 13-year-old daughter.

“He was a really great dad. Everybody is wondering how she’s going to take it now that he’s gone. She loves her dad so much,” Phillips said

Heavy D’s sudden death caused an outpouring of sadness among the hip-hop community on Tuesday, especially on Twitter.

That feeling continued through Wednesday.

“Heavy D brought so much Joy into our lives through his energetic brilliance,” tweeted Janet Jackson. “I’m going to miss him.”

The musician, whose hits included “Now That We Found Love” and “Nuttin’ But Love,” was also an actor and he appears as a courthouse guard in the new Eddie Murphy and Ben Stiller comedy Tower Heist.