This baby-faced R&B triple threat known as Usher has been starring in the soundtrack of our lives for years now. Anything Usher puts his stamp on, we consider fit for our music collection — and often perfect for sexytime. While we’re on the subject of sexy, we’d like to meet any red-blooded woman who doesn’t find Usher’s dance moves to be an aphrodisiac — because we’re pretty sure every gal who has a pulse is down with Big Ush.

Why we love Usher:

His smooth voice and even smoother moves have got us playing his songs on repeat — and did we mention he cocks a fedora like nobody else? (His style might even rival Justin Timberlake’s. Gasp!)

He has staying power

Chances are, last time you were at the cluuuub, you danced to an Usher track: we’re betting either “OMG,” “DJ Got Us Fallin’ In Love” or “Love in This Club” — or all three! Impressive, because Usher has been making us swoon since back in 1994, when he was discovered on Star Search (remember that show?) and legendary record producer L.A. Reid shortly thereafter. Since then, he has picked up seven Grammys — and much appreciation from women all over the world. People named him the sexiest R&B artist alive in 1998, and Glamour swooned over Usher in 2010, dubbing him one of 50 sexiest men alive.

“I’m just happy to be alive, kicking and loving life the way that I am,” he told Hello! magazine. “But really my proudest accomplishment is having my sons, Usher Raymond V, three, and Naviyd, two.”

Awwww! We love a man who’s passionate about his family.

The boy can dance 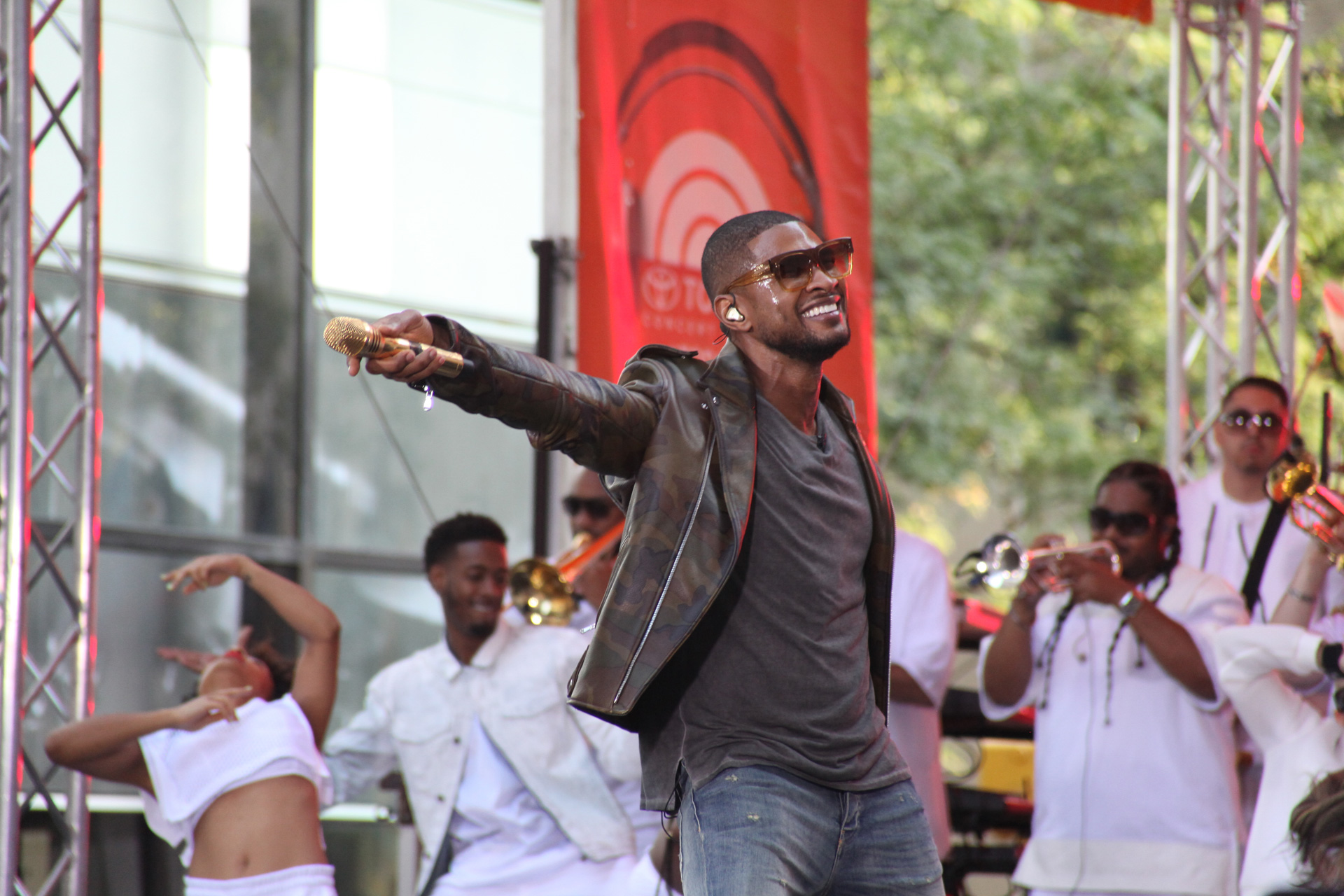 Formally known as Usher Terry Raymond IV, Usher dances circles around his peers — he even showed off his skills in the musical Chicago, in the role of slick lawyer Billy Fynn. What does he attribute his fancy footwork to? Soul.

“The soul is always in, no matter what form it is — R&B, hip-hop, whether I’m singing, dancing, rapping, whatever it may be,” he told Vibe magazine. “Even my gig on Broadway, I brought the soul to that as well.”

Now that would get us to the theater! 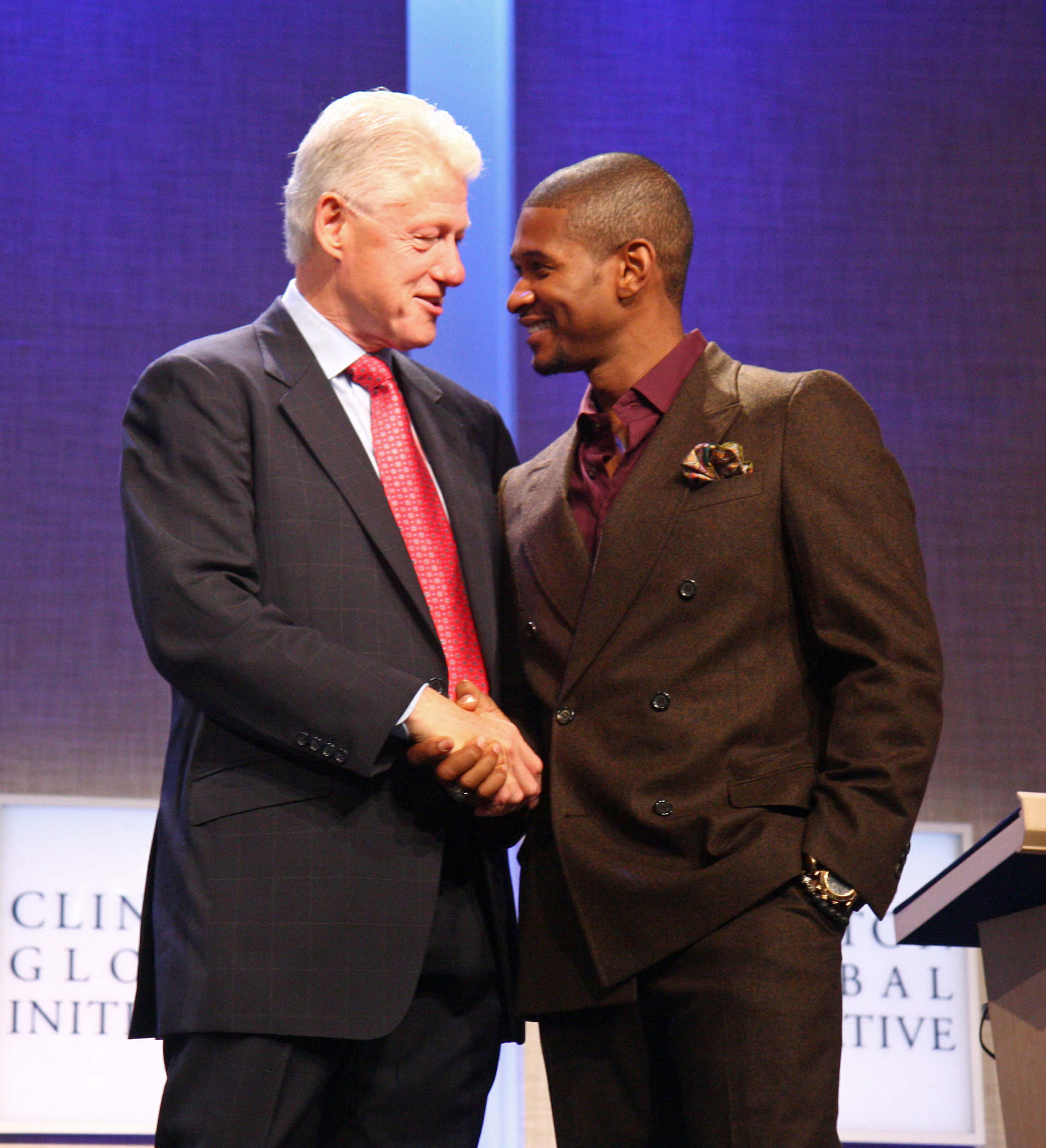 Usher’s New Look Foundation encourages poverty-stricken youth to become the leaders of tomorrow. And talk about leaders of tomorrow: He discovered teen dream Justin Bieber and signed him to his record label. Now, Bieber calls Usher the “Dr. Phil”-type mentor in his life.

Usher was just honored by the National Civil Rights Museum in Memphis on Nov. 12 and received the organization’s Philanthropy Freedom Award, for raising money for Hurricane Katrina victims and Haiti relief through the New Look Foundation.

“At a young age, I found a great influence in being in places like the Boys & Girls Club,” Usher told Success magazine. “I think that’s where my mentoring — the vision of mentoring started — having elders mentor my development. You know, there were a few people that took a liking to me and helped me to develop myself as an artist.”

His newest philanthropy is promoting Belvedere Red vodka, a portion of whose proceeds go to fighting AIDS, tuberculosis and malaria. Cheers all around!

Usher’s personal life has been complicated to say the least. He dated Chilli, a member of the all-girl R&B group TLC, for two years starting in 2001 — rumors suggested that Usher’s cheating broke up the relationship. After Chilli, he dated Naomi Campbell briefly, and then proposed to stylist Tameka Foster in 2007. The two married later that year and had two children. “I think [marriage] taught me. I think it made me better, to be honest,” he told Vibe.

In 2008, Tameka went into a coma after cardiac arrest suffered during a liposuction procedure, allegedly. Luckily, she recovered, but Usher filed for divorce in 2009 — rumors of a sex tape starring the two of them surfaced early this year. Last we heard, he was dating Def Jam exec Grace Miguel, but there’s a good chance that he’s back on the market — in which case we call dibs!

Check out this footage of Usher performing on Star Search in 1994.