Moms around the country already tune into Nickelodeon and Nick Jr. with their kids, but now there’s something coming just for the adults in the house. 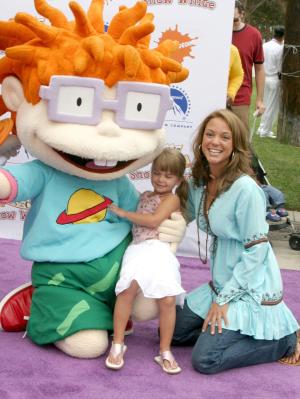 On the heels of bringing back Nick hits from the ’90s, Nickelodeon is creating a new destination just for mothers. After the kids go to sleep, moms will get to unwind with NickMom, their own primetime block, set to premiere on Nick Jr. in late 2012, with a website set to launch next week.

“Today’s moms who grew up with Nickelodeon have a renewed relationship with us through their kids, and now we have something for them as adults in NickMom,” said Cyma Zarghami, Nickelodeon Networks President. “This generation of moms is very different than any one before it and we are very excited to offer a destination that is unique in today’s entertainment landscape with content that taps into the Nickelodeon’s comedic DNA.”

The NickMom TV block will air nightly from 9 p.m. to 1 a.m. (EST), with two-hours of original content, followed immediately by a replay. The network already has over 30 projects in development, including talk shows, docu-series, stand-up and sketch comedy, hidden camera and game shows, that promise to hit moms with comedy that’s “relatable, ridiculous and irreverent.”

Deals are in place to create fresh programming with players involved in The Biggest Loser, The Daily Show, The Late Late Show with Craig Ferguson and Saturday Night Live, as well as the actress and author behind You Say Tomato, I Say Shut Up, Fired! and Dinner & a Movie.

While the NickMom block will have commercials, Nick Jr. will remain commercial-free the rest of the day.

Moms will have to wait until next year to tune into the primetime TV block just for them, but the NickMom web site is set to debut Monday, Nov. 14 as a blog on Nickelodeon’s ParentsConnect.com, a web resource and community for parenting advice. At first, it will feature content like editorial franchises and video, but the mom hub will ultimately evolve into a humor site offering moms fresh editorial, photos, videos, gaming and an online community.

Of course, Sheknows already has a hopping mom community going here! If you haven’t already, be sure to check out SheKnows’ Parenting channel, which is home to our Real Mom’s Guide, New Moms and Mommalogues pages and resources for mothers, new and veteran.