The lawyer for Justin Bieber’s accuser, Mariah Yeater, claims he tried to talk to the singer privately before the news went public. 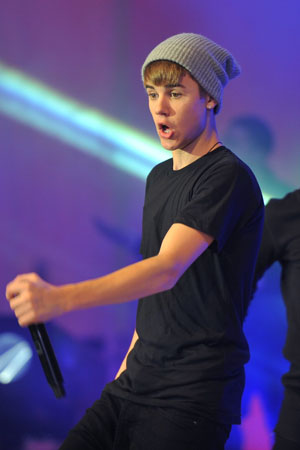 Justin Bieber might have avoided this whole baby mama drama with Mariah Yeater if he just would have paid up, according to the 20-year-old’s lawyer.

“It could have been done painlessly, with the media never knowing about it,” lawyer Jeffery Leving told The New York Daily News. “Access to justice should not be a luxury only the rich can afford, especially in a society where people are so enamored by celebrity status and wealth.”

Leving went on to say that he contacted Bieber‘s Canadian reps in both September and October, to no avail. He said he “trusts” Yeater and is confident everything will be cleared up when the allegedly “aggressive” Bieber returns to the U.S. and takes a DNA test on Dec. 15. Reps for both sides will be present for the testing to ensure that no funny business goes on with the samples.

“There has to be a sufficient chain of custody. Now it’s a high-profile case, and there’s motive to corrupt this. People are so enamored with Justin Bieber, you could have someone change samples in a lab because of love for this guy,” he claimed.

However, her lawyer’s admission adds another interesting layer in the Bieber case — Yeater is already under the subject of scrutiny for allegedly having sex with an underaged Bieber. Now, asking for money before the tests were finalized could mean she’ll be investigated for extortion if the DNA proves that Bieber isn’t the father.

Despite the constant drama, Bieber is still promoting his holiday album, Under the Mistletoe, in Europe.

“So this past week and even today every rumor and lie about me possible has been coming out in the press. Just need to ignore it..but…,” the Biebs tweeted on Tuesday. “Even through all the crap and lies…my fans have been there for me…and i just got word..It is OFFICIAL!! that….#UnderTheMistletoe is the #1 Album on the BILLBOARD 200 this week!!! WE ARE THE #1 ALBUM!!”