A juror in the Conrad Murray manslaughter trial says the fact that the doctor called everyone but 911 is what caused them to find him responsible for the death of Michael Jackson. 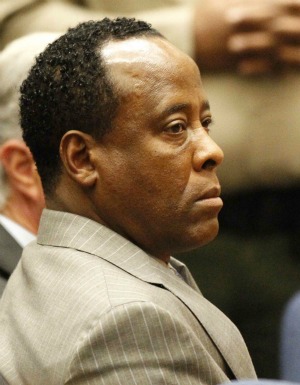 A juror in the Michael Jackson manslaughter trial says there were three main reasons why they ultimately found Conrad Murray guilty of the pop star’s death — and the biggest one was that the doctor didn’t call 911.

Debbie Franklin, the first juror to break her silence since the verdict was handed down earlier this week, told Good Morning America that while Jackson was obviously a drug addict, at the end of the day Murray was responsible for his care — and that Jackson would “absolutely” be alive today if the doctor hadn’t caved in to the star’s pressure.

“Conrad Murray did it,” Franklin said. “Conrad Murray agreed to be the one to go into the bedroom and do this. He [Jackson] was looking for somebody to say yes, and Conrad Murray said yes.”

“The three biggest things for us were the 911 call, not calling 911. That was a big issue, and not having the medical equipment in the room to put somebody under sedation and leaving the room,” she said.

As for the defense claim that Jackson injected himself with the fatal dose of propofol, Franklin says that even if that happened it wouldn’t have mattered.

Nancy Grace on Conrad Murray: “God’s gonna get him” >>

“Even if Michael Jackson injected himself, which I don’t think we believed, but, we felt, even if he did, that wouldn’t have mattered because Conrad Murray brought the situation there,” she said. “He was the doctor. He was in charge.”

Conrad Murray faces up to four years in prison after his conviction. He is currently in jail awaiting sentencing.