Brett Ratner has quit his gig as producer of this year’s Academy Awards broadcast over his own bad choice of words, he confirmed. 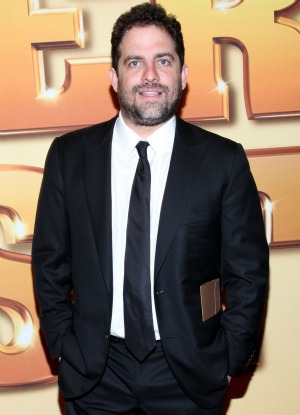 Brett Ratner is stepping down from his post as producer of this year’s Academy Awards broadcast after dropping a homophobic slur at a fan Q&A session.

Ratner made his huge faux pas on Sunday night, telling fans “Rehearsal is for f*gs.” Several people walked out of the Q&A session, and the comment created a media firestorm around the producer, who was already in hot water over smack-talking actress Olivia Munn.

“I called [Academy of Motion Picture Arts and Sciences’] Tom Sherak this morning and resigned as a producer of the 84th Academy Awards telecast,” Ratner said in a statement. “Being asked to help put on the Oscar show was the proudest moment of my career. But as painful as this may be for me, it would be worse if my association with the show were to be a distraction from the Academy and the high ideals it represents.”

“Over the last few days, I’ve gotten a well-deserved earful from many of the people I admire most in this industry expressing their outrage and disappointment over the hurtful and stupid things I said in a number of recent media appearances,” he said. “To them, and to everyone I’ve hurt and offended, I’d like to apologize publicly and unreservedly.”

“As difficult as the last few days have been for me, they cannot compare to the experience of any young man or woman who has been the target of offensive slurs or derogatory comments. And they pale in comparison to what any gay, lesbian, or transgender individual must deal with as they confront the many inequalities that continue to plague our world.”

“He did the right thing for the Academy and for himself,” Sherak said in a statement. “Words have meaning, and they have consequences. Brett is a good person, but his comments were unacceptable. We all hope this will be an opportunity to raise awareness about the harm that is caused by reckless and insensitive remarks, regardless of the intent.”

Who will step into Ratner’s shoes? This is unknown for the moment, as is the continued involvement of scheduled Oscar host Eddie Murphy. Murphy, who stars in Ratner’s current flick Tower Heist, was directly recruited by the producer for the gig.