Heavy D has died at the age of 44. The hip hop world mourns a legend today, via Twitter.

Heavy D, born Dwight Arrington Myers and also known as The Overweight Lover, has died. The actor, rapper, record producer, singer and former leader of Heavy D & the Boyz was rushed to a hospital in Los Angeles this afternoon and pronounced dead at 1 p.m. Police are investigating Heavy D’s death, but cite no signs of foul play. 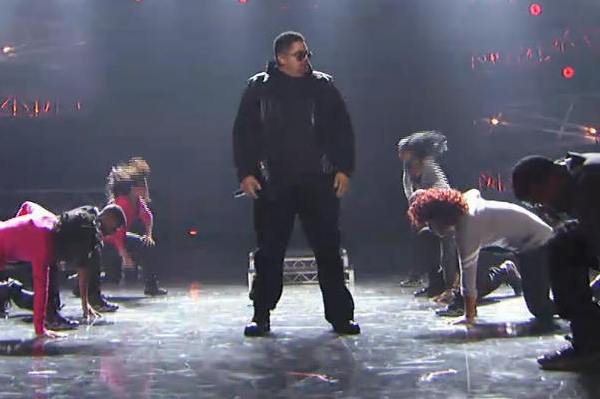 Heavy D had 11 albums to his name, five Top 40 records and was a key player in the hip hop scene during the late ’80s and early ’90s. He also wrote the theme songs to In Living Color and MADtv, performed on Michael and Janet Jackson’s albums and did his share of acting, with his most recent roles being a courthouse guard in Eddie Murphy and Ben Stiller’s Tower Heist and a gig on Law and Order: SVU.

The Oversized Lover was an emcee who embraced his chunky frame and loved to shake it on the dance floor. The legendary music-maker made his grand return to the stage back in June at the 2011 BET Awards, where he rocked a medley that touched on his hits “Nuttin’ But Love,” “Is It Good to You,” “I Want Somebody” and “Now That We Found Love.” He also took the stage as recently as Oct. 8 for the Michael Jackson tribute concert in Wales.

Heavy D’s last tweet, sent Monday night just after his RIP message to Joe Frazier, turned out to be a motivating final message to fans: “BE INSPIRED”

While no foul play is suspected at the moment, several explanations for Heavy D’s death have started popping up around the net, from the rapper taking a fall down the stairs to his succumbing to a rough case of pneumonia. Nothing, however, has been confirmed. Stay tuned for more as this story unfolds.

As is often the case these days, news of Heavy D’s passing first broke via social networking sites. As word spread, many were hoping it was one of those awful false death rumors that have become the trend. Unfortunately, that wasn’t the case. Here’s what celebs are tweeting in Heavy D’s honor today: 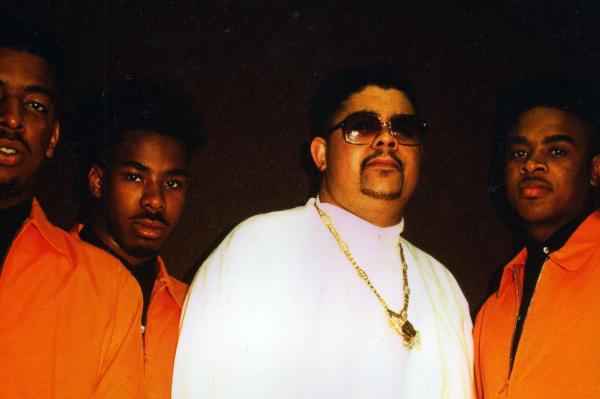 Grandmaster Flash: I was just told Heavy D passed away.

MC Hammer: We had a lot of great times touring together. He had a Heart of Gold. He was a part of what’s good about the world. #RIPHeavyD

Ice T: Terrible news ‘Heavy D’ died today.. Rest In Peace homie… / He was just on SVU jokin around.. I feel sick. Everyone on the SVU set devastated. Especially me and Mariska  / Everyone should stop for a second..Take a breath and realize how lucky you are to be alive. Then appreciate every second with your luv ones.

Ciara: RIP HEAVY D! He was a really nice man! Sending my condolences to him and his family!

Neyo: Man. I was just with Heavy D recently in London. Had I known it’d be the last time I’d see him, I woulda told him he was truly great. RIP…

Brandy: I am shocked, overwhelmed, and all of the above at the death of @heavyd! May you rest in peace!! I love you…

Russell Simmons: I am deeply saddened by the sudden loss of Heavy D. A long time friend and a beautiful person bit.ly/vPKJQn

Quest Love: Please someone tell me this Heavy D jawn is a joke. PLEASE.

Ed Lover: I am shocked and hurt over the loss of my friend ( real friend)Heavy D! May God accept his soul!

Estelle: RIP. Heavy D. i can;t believe that. I can’t. Was just in London w him. WTF.

Sean Kingston: R.I.P Rap legend Heavy D One Of The Most Influential Rappers Of The ’90s Era… Smh Another Sad Day For Music You Will Def Be Missed Man

La Toya Jackson: My heart goes out to the family and love ones of Heavy D I am sooo sorry for your lost. You will be in my prayers.

Tyrese Gibson: I was just on stage with him. Now he’s gone.. @HeavyD ? I can’t believe I’m writing RI-HEAVEN! (see Tyrese’s performance in the clip below)

Marlon Wayans: when people say the phrase”he’s a good dude” @heavyd Personified that. He at core a good dude and I hurt knowing he’s gone / I didn’t cry this much when my own grandma passed #smh *wipes teArs, giggles, snot bubble, giggles

Nick Cannon: I’m hoping that these are rumors what people are saying about my man @heavyd My heart won’t allow me to believe it! / I just talked to @heavyd. He was just encouraging me about life / This is crazy. @heavyd such a beautiful person. He did and will continue to inspire me

John Legend: I’m so sad about Hev. He really was a wonderful person.

Chad Ochocinco : @heavyd Boss you are and will always be loved by many and will never be forgotten #RIP

Images courtesy of BET and WENN