After Kim Kardashian’s stepbrother Brody Jenner and his rocker girlfriend Avril Lavigne were involved in a bloody brawl on Sunday, Nov. 6, the battered and bruised couple took to Twitter to vent. Jenner, who landed in the hospital, is now pressing charges against his alleged attackers, but there’s no word on whether Lavigne is involved in the case. 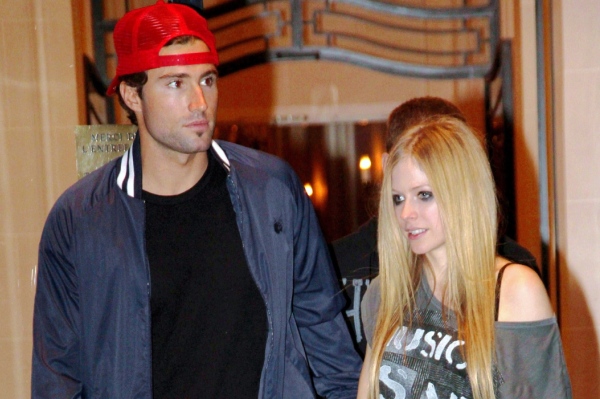 Jenner and Lavigne, who’ve been together since at least May 2010, hit the town Saturday night and were having such a rocking time that Jenner tweeted, “Having the best night with the love of my life @AvrilLavigne so happy right now!!”

Unfortunately, their killer night took a violent turn shortly after midnight. Word is Lavigne was arguing with a patron outside The Roosevelt Hotel, so her boyfriend stepped in to cool down the situation.

Instead, the altercation escalated. Jenner was hit over the head with a bottle and took himself to the hospital, where he was given stitches, and Lavigne wasn’t spared injury, either.

“I don’t fight. I don’t believe in it. To clear things up I got attacked by 5 people last night out of nowhere. Not cool. My face is f*cked,” Lavigne tweeted. “As in black eye, bloody nose, hair ripped out, scratches, bruises and cuts. So not ok to be abusive to others. Violence is NEVER the answer.”

Lavigne has had her share of temper tantrums and blow ups, including her profanity-laced tirade at the MLB game in Tampa, Florida, but the “Complicated” songstress apparently draws the line at violence.

SheKnows has to agree with Lavigne on that call. It also seems unwise to mess with the Kardashian clan, who was tapped as the year’s Hot Empire in TV Guide’s annual Hot List.

While Lavigne and the five attackers left the scene before the police arrived, Jenner stuck around, and his post-brawl tweet, which concluded, “Charges/chargers!!!” seemed to indicate that he was pressing charges.

Whether or not that’s what he actually meant, Jenner has, in fact, filed an assault with a deadly weapon charge, with the weapon being the bottle that was smashed into his head. Police are investigating, but so far, there have been no arrests and no word on Lavigne’s involvement in the case.