Jack Osbourne didn’t plan on becoming a father at 25, but after discovering fiancée Lisa Stelly’s pregnancy, he couldn’t be happier! 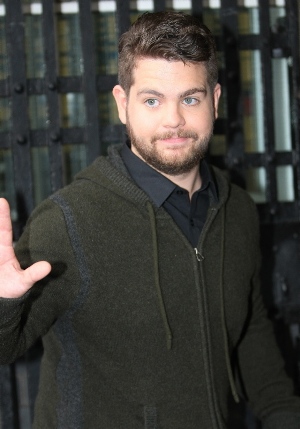 Jack Osbourne and Lisa Stelly are enjoying their unplanned pregnancy. While the pair, who became engaged in late September, may not have intentionally set out to start a family, that doesn’t mean they’re not looking forward to the pitter-patter of little feet!

The 25-year-old told Britain’s Star Magazine of his fiancée’s pregnancy, “I’m excited. It’s a very good thing. It wasn’t planned, if that tells you anything…”

Admitting that having a baby around the house will be a big change, Jack Osbourne added, “I’m just really happy about the whole thing. It’s going to be a new chapter in my life and I’m excited about it.”

It’s not just the house that will be getting a lifestyle change either. The Adrenaline Junkie host knows that his thrill-seeking ways are going to require a new level of safety measures. “I can’t be selfish,” said the dad-to-be. “Ultimately your priorities do shift.”

If you’re hoping for a chance to take a look inside the lives of Jack, Lisa and baby, you may just be in luck as the young Osbourne isn’t ruling out a reality show. The 25-year-old, pictured here in late October in London, is open to letting cameras in under the right circumstances.

“It would have to be the right type of project,” he said, reflecting back on the show that shot his family to reality fame over a decade ago. “It wouldn’t just be a Kardashian-type thing like The Osbournes once was. I don’t know if the concept would be as loose as that.”

The dad-to-be occasionally comments about Lisa Stelly’s pregnancy on his Twitter page. On Oct. 30 he joked, “I’m gonna one up Justin Bieber… instead if renting out Staples center for a date, in [sic] gonna rent it so @lisamarstelly can give birth there!”

Would you be interested in watching a reality show featuring Jack Osbourne and family?