Sam “Trouty Mouth” Evans is getting a mom. Read on to see who Glee cast. 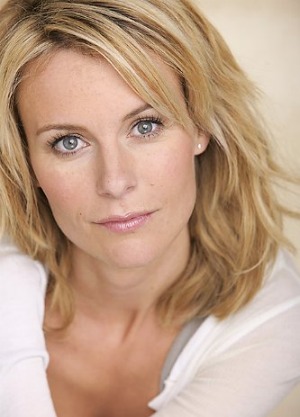 First Sam Evans (Chord Overstreet) gets an on-screen dad and now he gets a mom — okay, you can gleek out now.

Everything is falling into place for the return of Chord Overstreet on Glee.

We recently brought you the news that Smallville actor John Schneider was joining the Glee scene as Sam’s dad, and now we have news that Guiding Light actress Tanya Clarke will play his mom.

According to TVGuide via a report from Entertainment Weekly, Tanya Clarke will first appear as Mary Evans on the Tuesday, Dec. 6 episode.

The actress who also appeared on NCIS: Los Angeles could end up in a recurring role based on Chord Overstreet’s contract. The jury is out on her stay right now, however.

In the season three premiere, it was revealed that Sam had moved due to his father finding a job outside of Lima, but all that changed when creator Ryan Murphy announced Chord Overstreet would be returning.

Ryan Murphy recently said in a statement: “We love Chord and have always said that we wanted him back. So here’s an early Christmas present for all the Gleeks — Sam is coming back to McKinley, and just in time for sectionals!”

There’s been a lot going on in terms of characters and stories since the show finally returned after a small hiatus.

The Glee Project winner Damian McGinty finally made his debut last week and this week the show will explore the subject of the “first time” in a “game-changing” episode.

What do you think of this season of Glee? Are you exited to see Chord Overstreet return as an early Christmas present? Who do you think he’ll be paired with romance-wise?

Head over to our comments section and sound off — thumbs up or thumbs down for season three of Glee?