Even though she’s tackled many things in her life with ease, Alanis Morissette admits she was”baffled” and unprepared when her son was born last year. 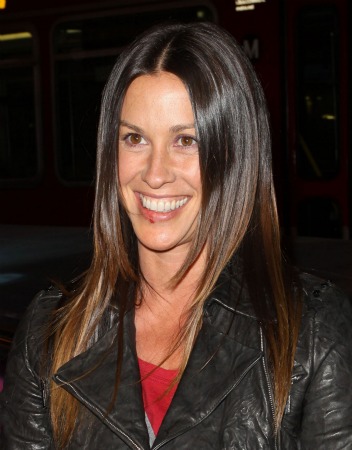 Former chart-topper Alanis Morissette, admits to being a little unprepared when she first became a mom on Christmas day last year.

The 37-year-old mother wrote on her iVillage blog, “I remain baffled at how little I was prepared for what was to come. I had used, as usual, the I’ll-rise-to-that-occasion-when-I-get-there approach to the post-child-bearing journey.”

“So all my DVD-watching and focus went toward the birth experience itself, and how to prepare myself for that (as though I really could prepare for a Human. Being. Coming. Out. Of. My. Body),” she wrote.

Morissette also explained how she felt after giving birth to her first child and how she was hoping there was a handbook nearby to help guide the way for her when it came to being a mom. She admitted to feeling like a “blank slate,” she says.

Her son, Ever Imre, is now 10 months old. And despite the very little sleep and changing hormones, she said that her new title of being a “mom” has made a profound impact on her life.

She wrote, “Life literally and figuratively moved through me that morning of Dec. 25. Yet another example of life’s unsentimental and ruthless way of shaking me awake to the direct experience of being human.”

Now that Morissette is an earthy and soul-baring mom, what do you think her next career move will be? A guest appearance on Yo Gabba Gabba could very well be in her future. Coming from someone who used to sing about jagged little pills, that would definitely be ironic, don’t you think?