Joy Behar says there are two things that make a marriage work — having no in-laws and for a man to find someone perfect… like her. 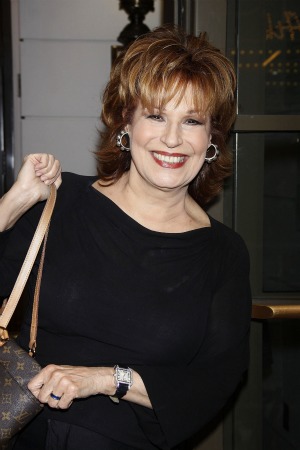 Joy Behar made it clear to her husband that she didn’t want to deal with a Marie Barone or a Jack Byrnes if she married him. Instead, the popular talk show host simply waited until her husband’s parents were dead before she married him.

The outspoken comedienne originally said that it was the passage of gay marriage legislation in New York that finally encouraged her to tie the knot to her partner of 29 years, Steve Janowitz. But now she’s changing her tune by admitting that she didn’t want to have a marriage with her in-laws present in her life.

Behar made the revelation on the Rachael Ray Show saying, “I waited until all the parents were dead. So I have no in-laws at all. He has none and I have none. ‘Cause marriage is mostly about in-laws, I find. They always want you to visit them and come for lasagna.”

The 69-year-old talk show host also said that having in-laws wasn’t the only thing she was looking to avoid in marriage. She explained, “[My husband] snores sometimes if he drinks too much wine. And he tends to telegraph what he’s going to do. We’re driving, [and he’ll say], ‘All right, I’m going to find a spot over here.’ Okay, good. I’m doing my puzzle! I don’t need to hear every little move you’re going to make.”

“It’s like he’s talking out loud to himself!” she added.

Luckily for her husband, Behar says he doesn’t have to worry about anything on his end because she is perfect. Really.

“I’m perfect,” she said. “All of my husbands had the same problem with me. I lose things. But I have trained them all to locate where I left my brassieres, for example. I’ll say, ‘Where is that brassiere?’ and they’ll say ‘It’s hanging on the bathroom door.’ Stuff like that. I lose things and I fall. These are my two things.”