The highly anticipated new album from Drake, Take Care, leaks early and fans are all over it. 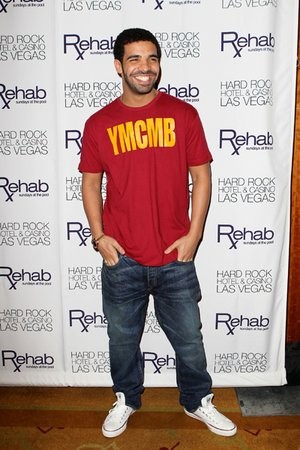 Hip-hop superstar Drake’s sophomore album Take Care was leaked over the weekend, a week and a half ahead of its official Nov. 15 release date, but Drizzy seemingly doesn’t “care” about the situation.

“Listen, enjoy it, buy it if you like it… and take care until next time,” Drake tweeted early Monday morning.

The highly anticipated album — the follow up to his 2010 debut, Thank Me Later — started popping up in spots on the internet over the weekend.

“I am not sure if the album leaked,” tweeted Drake Monday morning. “But if it did thank god it doesn’t happen a month early anymore.”

Drake fans were all over it.

“Beware my friends, it is imminent: this whole week all of our timelines are gonna be about Drake and ‘Take Care,'” tweeted @Antocast711.

Others were enjoying the music, but pledged to buy Take Care when it’s officially released.

“Take Care killin everything,” tweeted @CharlotteBB. “Getting the real thing on the 15th.”

From what we heard, the applause is merited. The track “Lord Knows,” featuring Rick Ross, a sweeping evangelical burner, recalls the power of Kanye West’s “Jesus Walks.” “Crew Love,” featuring The Weeknd, is a striking minimalist tome of friendship. “Take Care,” featuring Rihanna, has a lilting island-popping Jamaican vibe to it.

The album was to be strongly representative of Drake the artist.

“That’s one of the biggest stories behind this album, it’s either my way or we’re not doing it — in everything,” said Drake to MTV last month. “Every photo shoot, every video, every step I’m taking I feel like I’ve earned the right to do it my way, so part of doing it my way I want you to see who I am really around.”

Drake, born Aubrey Drake Graham in Toronto 25 years ago, first gained fame as Jimmy from television’s Degrassi: The Next Generation. Over time he hooked up with Lil Wayne and established himself as one of hip-hop’s brightest stars.