Starz has given the green light to a third season of Spartacus before the second season has even aired. 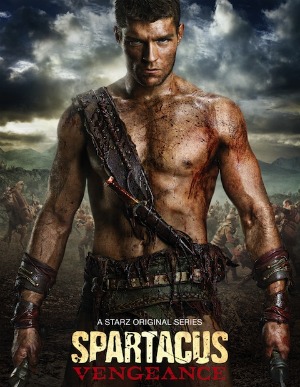 Starz is feeling the Spartacus love. The network has decided to renew the show for a third season.

You might be asking yourself: How did Starz renew Spartacus for a third season when season two hasn’t even begun airing yet?

Well, it’s best not to search for the answer and just enjoy the news.

Executive producer Steven S. DeKnight recently said of the show, “The executives at Starz have been extremely supportive in giving us creative freedom and allowing us to tell the story in a rich, yet bold way that leaves an indelible mark on its fans.”

This is perhaps the reason for the quick renewal.

Season two of Spartacus, which is titled Spartacus: Vengeance, will begin airing Friday, Jan. 27, with new lead Liam McIntyre stepping into the shoes of the late Andy Whitfield who passed away after a battle with cancer back in September.

According to a report from TVLine, the third season hasn’t been given a title yet, but will begin production sometime in 2012.

Kelsey Grammer is one bad Boss on Starz >>

Managing director of Starz, Carmi Zlotnik, said, “There is no denying the impact Spartacus has had in the marketplace with fans across the globe thirsting for the continuation of the epic tale.”

Zlotnik added of season two, “Vengeance brings unparalleled action and drama to Starz viewers in January. We are thrilled to come to an early agreement that allows the writers and talent to get right back to work in preparing for season three.”

Liam McIntyre was given Andy Whitfield’s blessing to step into the lead role after he had to vacate the production as season two was being prepped.

Andy Whitfield will no doubt be looking down proudly on season two and three.

Check out a preview of Spartacus: Vengeance and try not to get too antsy for season three. There’s still a whole new season to get through beginning in January.