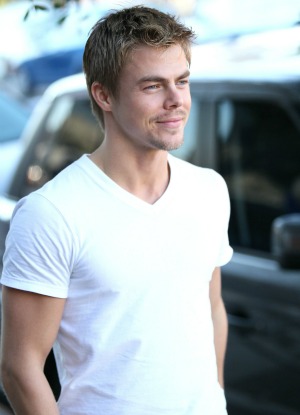 According to reports, Derek Hough and Lauren Conrad have ended their three-month fling. Their relationship began after the young designer and author, Conrad, split from her boyfriend of three years, actor Kyle Howard, earlier this summer.

Her recent split with Hough was announced by Life & Style magazine, with a source close to the ex-couple stating that the relationship never got to the point where it was serious enough to last.

The source told the magazine, “It was always casual. She had fun with Derek — he used to send her cute texts and sing to her — but she always kept her options open.”

Another source close to Conrad also says the relationship wasn’t meant to last from the very beginning, “This was a rebound that wasn’t going to last. Derek never thought it would, either.”

In September, the pair was seen enjoying each other’s company at the Sayers Club in Hollywood, where the pair could not take their hands off each other.

An onlooker told ShowBiz Spy at the time, “They were close to each other. He had his arm around her waist. They were dancing and also holding hands. Definitely playful and flirty.”

Hough, meanwhile, doesn’t seem to be shedding any tears over the breakup either, as he was recently spotted at a spa, kindling a bromance with Dancing With The Stars contestant Rob Kardashian.

It’s been reported that the two have become fast friends while hitting up the Four Seasons Hotel in Los Angeles for regular manicure and pedicure appointments.

Hmm… hitting the dance floor in crazy costumes and getting their manis and pedis done at the spa together? We can only wonder what the two men gossip about!

37 mins ago
by Summer Cartwright