Kelly Osbourne was rushed to the hospital after suffering from a near-fatal accident while looking for the next Material Girl model in Miami. 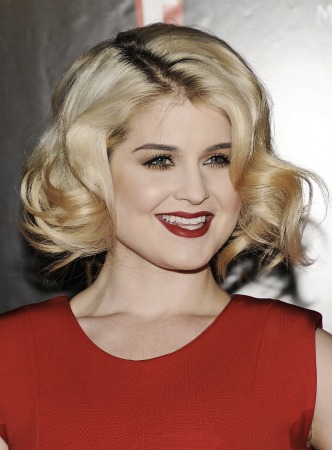 Former reality television star Kelly Osbourne was rushed to a Miami-area hospital over the weekend after a near-fatal accident caused her to repeatedly pass out due to a head injury. While details of Osbourne’s accident remain unclear, the fashion maven tweeted about the incident over the weekend.

“Long story short, I cracked my head open then kept passing out,” Osbourne said. “I have the all clear [and] my mum [Sharon Osbourne] came to get me.”

The Dancing With The Stars alum was in Miami to attend a model casting call for Madonna‘s Material Girl clothing line alongside the Queen of Pop’s teenage daughter, Lourdes Leon.

Osbourne added, “I just want to thank all the incredible doctors and nurses at Mercy hospital in Miami for taking such good care of me. You guys really are amazing!”

Meanwhile, the fashionista who’s been busy traveling the country in search for the next Material Girl model and performing her co-hosting duties on E!’s Fashion Police, has also been tapped to be the latest judge on Britain’s Next Top Model.

The show, which is co-hosted by leggy Australian model Elle MacPherson, is looking to change its line-up by adding Osbourne to its judging panel.

A source tells Britain’s The Sun paper, “The plan is for Kelly to come on board and shake things up. She is a massive fan of fashion and has good pedigree working on fashion shows.”

“Crucially, she is also young and the whole point of the show is to find the next big thing,” the source added.

With everything Osbourne has going on right now, let’s hope this fashion chic doesn’t suffer from another fall.