Justin Bieber will take a DNA test to prove he is not the father of Mariah Yeater’s baby — and then he plans to sue her for defamation! 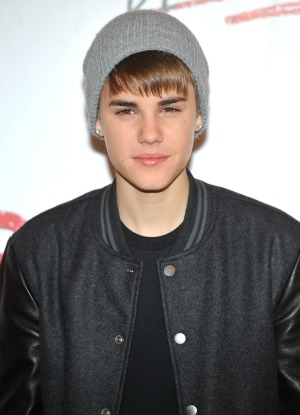 Justin Bieber has agreed to take a DNA test to prove whether or not he is the father of a three-month-old baby — but he’s only doing it so he can sue the mother for defamation!

Mariah Yeater claims Bieber fathered her son after a post-concert tryst in 2010. Bieber denies he has ever even met the woman and is bowing to pressure to take a paternity test just so he can pursue some legal avenues of his own.

“It’s sad that someone would fabricate malicious, defamatory, and demonstrably false claims,” reads a statement from Bieber’s rep. “We’ll vigorously pursue all available legal remedies to protect Justin and to hold those involved with bringing this suit accountable for their actions.”

Why would Bieber sue Yeater? Simple: To prevent other crazies from making similar false claims.

K.D. Lang is a Belieber: Justin Bieber is a “hot lesbian” >>

Bieber would have a pretty solid case if it goes to court. Since she accused Bieber of the tryst it has come to light that Yeater previously pointed to her ex-boyfriend as being her baby daddy and has a criminal record.

This seems to be a mere blip in Bieber’s radar, though. The teen idol is still going strong with his girlfriend Selena Gomez despite the breakup rumors, and he took home two awards at the MTV Europe Awards over the weekend.