Prince William and Kate Middleton plan on settling down permanently at Kensington Palace — after a major renovation, including asbestos removal. 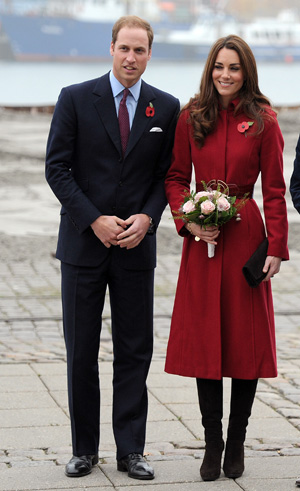 The home undoubtedly has many memories for Prince William, as that is where Princess Diana lived and raised him and his brother, Prince Harry.

“It’s ideally centrally-located, it has its own heliport out the back in the shape of Perk’s Field, which is the royal household football pitch. It has everything going for it. It is the obvious location for William and the duchess to settle down,” says Princess Diana’s former bodyguard, Ken Wharfe.

With rumors that Middleton may be pregnant with her first child, this is also the perfect home to raise a family — but first, major renovations must take place in the home that is currently called “uninhabitable.” In fact, the royal couple will be staying where they are for two more years!

A statement released to People says, “Early indications suggest that large quantities of asbestos will have to be removed, as well as work on the heating and hot water systems and electrical wiring. The extent of the work needed to turn the apartment back into a home is not yet known, but it is expected that the apartment will not be ready for occupation until at least the middle of 2013.”

The home was last remodeled in 1960, so it was long overdue!