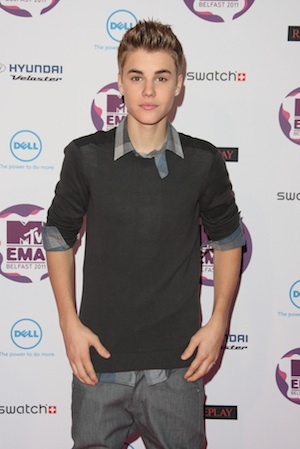 Canadian singer and Grammy award winner K.D. Lang is making headlines today after she called Justin Bieber a “hot lesbian” on the Australian show, RoveOnline. Lang took part in a segment in which guests of the show are asked random questions out of a bag. When K.D. looked at her question, she laughed and revealed, “Justin Bieber: hot or not?” Lang then answered, “Well, Justin Bieber looks like a lesbian, so I’m going to say hot as s***.” Hmm, wonder what Selena Gomez thinks about K.D.’s impression of the Biebs? Or worse, will fans with Bieber-fever cry over Lang’s comments?

K.D. sat in between LL Cool J and Dexter star Michael C. Hall. Both stars couldn’t help but laugh as Lang delivered her answer without skipping a beat. (We’d show you the video, but it’s a bit raunchy. You can check it out here, though).

Justin Bieber hasn’t had the best press lately. Last week, reports surfaced of woman named Mariah Yeater who filed a paternity suit against Bieber, claiming the two had a consensual sexual encounter at the Los Angeles Staples Center after one of his concerts. Justin Bieber denied the allegations and Yeaters credibility isn’t looking too great, given her recent criminal past that surfaced over the weekend.

If baby troubles weren’t enough to keep Justin down, Radar Online reported Gomez dumped Bieber on Friday as a result of the paternity suit.