Reese Witherspoon is in a box office rut. It’s been years since she’s appeared in a blockbuster film and Forbes magazine recently named her one of Hollywood’s most overpaid stars. But does she deserve the title? 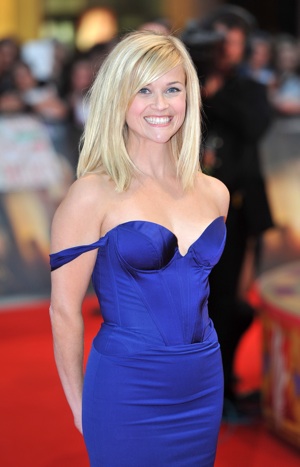 Reese Witherspoon is one of America’s sweethearts. She’s a talented actress, a mother, a wife and an Oscar winner. But recently, she hasn’t been able to land a box office hit. Over the past year, Witherspoon’s movies haven’t made an impression with audiences, earning her a spot on Forbes list of “Hollywood’s Most Overpaid Stars.”

In 2010, Witherspoon was the female lead in the romantic comedy How Do You Know. The film was produced for $120 million but only earned $50 million. That’s less than half of the studio’s initial investment. Another underperformer was the romance drama Water for Elephants, which co-starred Twilight heartthrob Robert Pattinson. Even though the period piece didn’t break any records, it still managed to turn a profit. It cost $38 million to make and earned $58 million domestically.

At this rate, for every dollar Witherspoon is paid, her films return around $4. Despite her surprising numbers, the actress isn’t Hollywood’s most overpaid star. That spot is reserved for Drew Barrymore, whose films earn a mere 40 cents for every dollar. She’s followed by Eddie Murphy, who’s spent the past few years trying to regain his box office presence.

Aside from the Shrek series, Murphy’s solo projects, such as Meet Dave and Imagine That, have been box office duds. Meet Dave cost $60 million to make, and only earned $50 million, while Imagine That was produced for $55 million and grossed only $22 million. For every dollar spent on Murphy, the studio gained just under $3.