Chaz Bono is suing a tabloid over claims that his weight will cause his untimely demise. Does he really only have four years left? 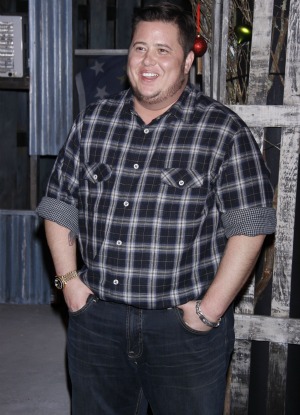 Chaz Bono is not dead, dying or in any way unhealthy — and he is so angry over tabloid reports to the contrary that he is threatening legal action.

The former Dancing with the Stars contestant sicced lawyers on the National Enquirer over an upcoming cover story that claims the transgender star has only four years to live. Chaz was not amused by the headline that screamed: “Chaz Bono: Only 4 Years to Live! Liver Damage Agony,” and wants an immediate apology.

The rag received a sternly-worded cease-and-desist letter from Bono’s legal team demanding the Enquirer retract the story immediately, pointing out multiple fallacies in the sensationalized piece.

“This is absolutely outrageous, false, fabricated and highly defamatory,” wrote Bono’s lawyer Dina LaPolt. “The salacious and inflammatory headline and article were crafted for the malicious purpose of discriminating against our client’s gender and sexual orientation.”

The story says that “obesity, testosterone supplements and high suicide rates among transgender people all increase Chaz’s risk of an early death” — a point with which Bono’s legal team takes great issue, calling it “outrageous” and “offensive.” They say the claims made by the so-called transgender expert quoted in the article are “highly misleading and blatantly false.”

“He is not a physician and has no specialty in transgender health issues,” wrote LaPoit, calling the story nothing more than a “smear campaign” and “character assassination.”

Bono is demanding the magazine retract the story and issue an apology within 24 hours or risk legal action.