Gemma is missing on Ringer, so who better to bring on the scene than her dear old dad? 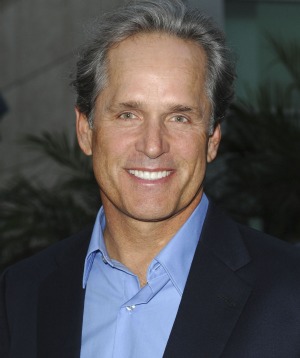 Ringer is adding the role of Gemma’s (Tara Summers) father to the cast, but we’re not quite sure what the CW has planned by bringing her dad on the scene — is it for good or evil?

Just when you think you know who is good and who is evil on Ringer, you realize you’re wrong — a.k.a Charlie the N.A. sponsor.

This is why the news that Gemma’s father (Gregory Harrison) has been cast, leaves us wondering what type of character he’ll turn out to be.

According to TVGuide who first broke the news of Gregory Harrison’s casting, he is on deck to play the role of Tim Arbogast, who happens to be a very wealthy man.

We kind of knew he was going to be a rich guy based on little hints from previous episodes when Andrew (Ioan Gruffudd) was talking about Gemma’s family to his business partner.

Gregory Harrison as Tim Arbogast will first appear in episode 13. Harrison’s other credits include Logan’s Run and Falcon Crest.

Right now, Gemma’s disappearance is pointed right at Siobhan who remains sitting pretty in Paris while Charlie the N.A. sponsor does her dirty work.

We found out last week that Charlie was also tied to the Gemma mystery, after he rid her abandoned car of his blood that he’d accidentally left behind.

We know, it’s just way too much to figure out.

What do you think Tim Arbogast is showing up for — to help find his daughter or does he have other motives?