Amy Winehouse might have left us this summer, but her music lives on. Two previously unreleased tracks by the singer have hit the airwaves. 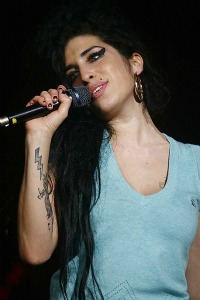 Two previously unreleased songs from Amy Winehouse aired on radio stations today ahead of her posthumous album and are already generating positive reviews from music critics.

The first track, Our Day Will Come, is a reggae-infused cover of Ruby & the Romantics’ 1963 hit single. The cover premiered on BBC’s Radio 1 station while a second song, Like Smoke, a collaboration with rapper Nas, premiered on New York’s Hot 97 radio station.

Many critics say that the two songs are perhaps Winehouse’s best work while fans are calling the tracks “gorgeous” and “bittersweet.”

Winehouse’s upcoming album, Amy Winehouse Lioness: Hidden Treasures, was announced on the late singer’s official website earlier this week along with the 12-track listing, which includes alternative versions of her hit song,Valerie, plus other unreleased tracks and new compositions. The album is due out this December.

The new tracks and album aren’t the only posthumous gifts fans can expect from the late singer. Winehouse’s father, Mitch Winehouse plans on releasing a memoir about her with proceeds from the book to benefit the Amy Winehouse Foundation.

“I feel that I need to write this book to tell the true story of Amy and to help with my personal recovery,” Mitch Winehouse told the press. “I also want to raise as much money as possible for Amy’s foundation, so all proceeds from the book will go directly to help children who are disadvantaged through illness and substance addiction.”

The book, Amy, My Daughter, will be published by HarperCollins and is expected to be released during the summer of 2012.

The singer was found dead at her London home in July at the age of 27 from alcohol poisoning. According to coroners, she had five times the legal limit of alcohol in her system.