Newly released posters for The Hunger Games show the entire cast, including Jennifer Lawrence as Katniss, Woody Harrelson as Haymitch and Liam Hemsworth as Gale.

Even though the highly anticipated The Hunger Games movie, based on the bestselling novels by Suzanne Collins, won’t hit theaters until March 2012, fans can get a sneak peek of their favorite characters in this newly released poster. 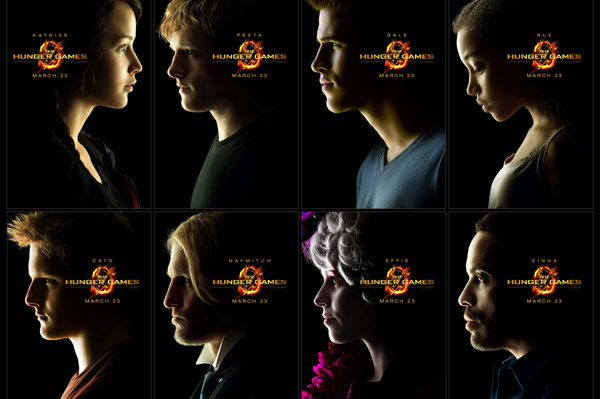 For the initiated, The Hunger Games is set in a post-apocalyptic future, in which kids are forced to fight to the death for entertainment — and for the political gain of the rulers of Panem.

Winter’s Bone actress Jennifer Lawrence, who plays Katniss, stands out in the poster, with her face turned to the right. Also pictured in character is Liam Hemworth as Gale, Josh Hutcherson as Peeta, while Colombiana actress Amandla Stenberg as Rue, pictured in the poster with her head bowed down. 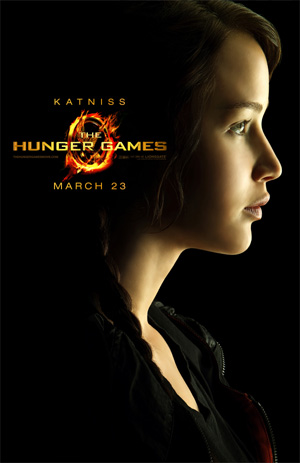 Woody Harrelson is seen with shaggy blond hair as Haymitch, while Elizabeth Banks as Effie sports pink eye shadow and bright pink flowers and feathers on her gray, curly hair. Lenny Kravitz gets into character as Cinna, with a splash or orange eye shadow, while Alexander Ludwig as Cato sports spiky hair.

Harrelson recently revealed how he came up with his Haymitch look for The Hunger Games, “When I was thinking about what to do for the character, I hung out with my brother Brett, and that is exactly the way his hair is,” Harrelson told MTV News. “I was like, ‘OK, let’s get a wig. Let’s do the Brett Harrelson hair.’ It’s kind of cool. I really liked the look. It’s a fun character, and I think it’s going to be a good movie.”

He says that Lawrence and Hutcherson “knocked it out of the park” and said the movie is unique.

“It’s almost impossible to describe, it’s so unusual. Even ice in the glass, even the glasses are not normal glasses. There’s nothing that you’ve seen before. It’s real original artistic vision,” Harrelson said. “I think people are going to like it.”