In light of the emotional and public fallout from Kim Kardashian’s impending divorce, the reality star has canceled her Australian work events and is set to return home tomorrow.

This morning we brought you Kim Kardashian‘s interview with an Australian morning television show and we couldn’t help but notice the difference in Kim’s demeanor. While always poised and professional in interviews, Kim Kardashian looked and sounded, well, sad. Yet, despite how she may have been feeling, Kim said she felt compelled to carry out her work obligations. 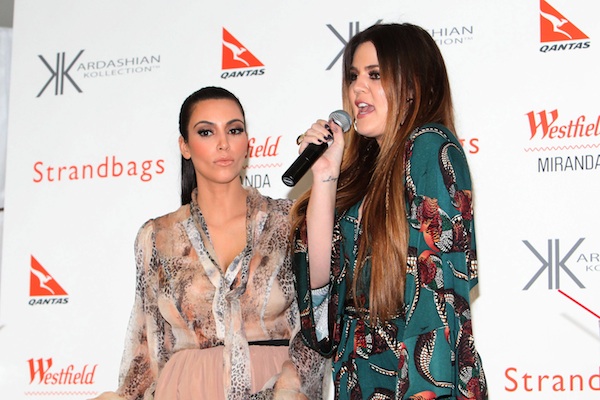 But Kim may have hit her breaking point, as she’s now reportedly canceling the rest of her Australian trip. It’s not clear how much money Kim’s missing out on by returning to Los Angeles much earlier than expected but it’s substantial. Fox News reports just one gig she canceled was over $150 thousand for a one-hour appearance fee at an Australian horse racing event called Stake’s Day.

Kardashian’s appearance at Stake’s Day was scheduled by a company called Swisse Vitamins. A spokesman for Swisse spoke to Australia’s Herald Sun and seemed irked but understanding, “All indications were that Kim wanted to fulfill all of her commitments once she landed in Australia, but has obviously changed her mind given her very difficult personal challenges at the moment.” In a statement to the same newspaper, Kim gave no specific reason for her last-minute bail, “I am very disappointed that I am unable to attend the Swiss marquee, but I hope to come back and work with the Swisse team at another point.”

Swisse Vitamins tried to convince sister Khloe Kardashian to appear instead of Kim, but Khloe turned the offer down. The Kardashians will leave Australia on Thursday — which will be Friday in the U.S.

We think this down time is just what Kim Kardashian needs in order to regroup from her impending divorce from Kris Humphries and the constant media attention.