The CW announced its 2012 lineup, which includes the final season of One Tree Hill and the post-holiday return date of The Vampire Diaries.

Debuts, returns and the final season of One Tree Hill, oh my! It’s the 2012 CW lineup! 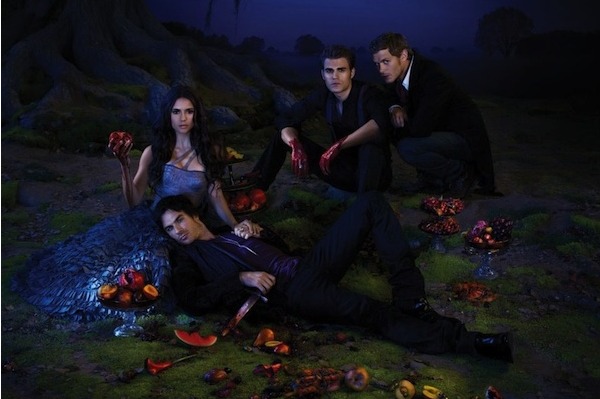 The CW announced its 2012 lineup Wednesday and for those of you who are One Tree Hill fans, it includes a premiere date for the final season — cue the tears!

With November hitting us right in the face, it’s almost time for some of your favorite CW shows to go on break, but that also means the 2012 lineup is upon us, which includes the debut of Remodeled, new episodes of The Vampire Diaries and the final season of One Tree Hill.

The big show on everyone’s mind is obviously the final season of One Tree Hill.

One Tree Hill will begin airing its final season on Wednesday, Jan. 11 (8:00-9:00 p.m. ET). According to the press release from the CW, the following questions are asked going into the new and final season: “In its final 13 episodes, how will Brooke and Julian juggle parenthood and their very young careers? With Nathan traveling more as an agent, how will Haley’s life change with a second child, an increasingly independent Jamie, and a busy café to run? Is a wedding in store for Quinn and Clay, or for Mouth and Millicent? And what’s to become of Alex and Chase and their burgeoning romance?”

You’ll have to tune in if you want to find out how all those questions are answered.

CW teams up with Netflix

Over on Thursday nights, two highly popular shows, The Vampire Diaries and The Secret Circle, will make their post-holiday return on Jan. 5. Happy New Year to all you supernatural werewolves, witches and vampires!

Head over to our comments section and tell us what you are looking forward to in 2012!