PETA is happy with Reese Witherspoon after she pledged to stop carrying a snakeskin purse.

PETA was none-too-happy with Reese Witherspoon after she was spotted carrying a $3,850 Chloe Paraty bag made of real python skin. Not only that — using real snakeskin in clothing is illegal in California. 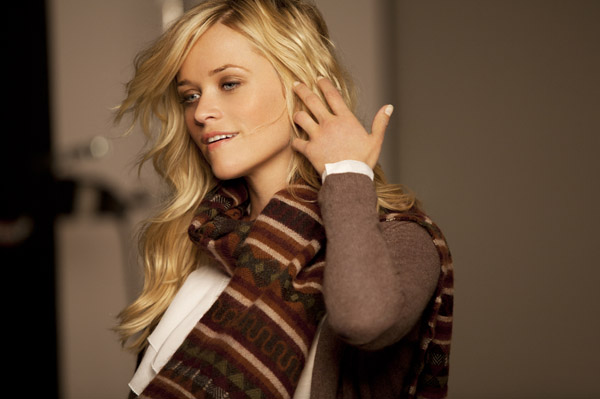 However, all is well now in the world of PETA.

“I wanted to pass along an update about the python-skin bag that actor Reese Witherspoon was recently seen carrying. After hearing about it, PETA immediately rushed its video exposé of the exotic-skins industry to Reese. Hosted by her Walk the Line co-star Joaquin Phoenix, the video describes how snakes and other reptiles are often skinned alive and how they suffer slow, painful deaths for the sake of fashion. Thankfully, Reese has just informed PETA that she will no longer carry the bag,” a PETA spokesman told The Hollywood Reporter.

“We’ve long known Reese to be a kind person, so we’re pleased — and not surprised — that she is hanging up her python bag for good,” added PETA Senior Vice President Lisa Lange. “We hope Reese’s honest mistake will serve as a reminder for all of us to be extra-certain that what we’re buying is mock crock or fake snake.”

It’s at least one win for PETA in a week of celebrity requests. The animal rights organization recently asked Lady Gaga to wear a dress made out of lettuce for an event in India.

“Considering meat’s monstrous impact on our health and the environment, as well as the plight of animals who are dismembered for food while still conscious, PETA India asked Mother Monster to show her fans that even just reducing the amount of meat they eat (or wear) can help,” PETA said.

Do you think Reese Witherspoon was right to abandon her snakeskin purse under PETA pressure?