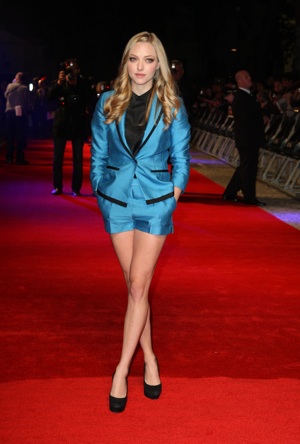 The Hollywood Reporter has confirmed that while Seyfried is in negotiations to play Lovelace,  Peter Sarsgaard is up for the role of her husband Chuck Traynor. The film’s story will be adapted from the biography The Complete Linda Lovelace, written by Eric Danville. The book was originally published in 2001, one year before Lovelace’s untimely death (due to injuries from a car crash).

Lovelance was born Linda Boreman in the Bronx, New York, and despite her Catholic upbringing and private school education, she went on to become one of the biggest stars in the adult film industry. Her career breakthrough came in 1972, when she appeared in Gerard Damiano’s Deep Throat. After the film’s release, she was in high demand, but her reservations about the business and her controlling husband eventually took their toll.

Lovelace’s controversial story is a hot topic in Hollywood. Aside from the Seyfried and Sarsgaard production, there’s another biopic in the works called Inferno: A Linda Lovelace Story. The latter film will feature Malin Akerman and Matt Dillon as the main characters. At one point Lindsay Lohan was attached to appear in Inferno, but was fired due to her legal and substance abuse troubles.

Amanda Seyfried is currently appearing in the sci-fi film In Time, alongside Justin Timberlake.