We don’t know if Justin Bieber is the father of her child, but we do know the alleged sexual encounter between him and fan Mariah Yeater is illegal in California. 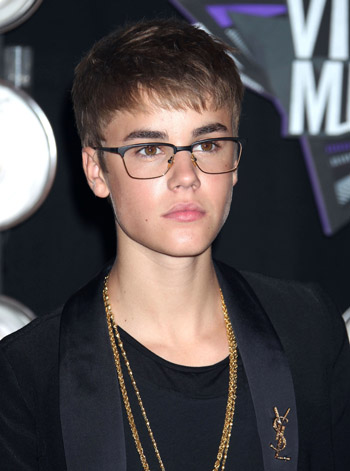 Is baby-faced singer Justin Bieber the father of an actual baby? That’s what a 20-year-old California woman is saying in a paternity lawsuit filed against Selena Gomez‘s boyfriend.

Fan Mariah Yeater “in a hand-signed affidavit, sworn under the penalty of perjury, Yeater told a California court that Bieber propositioned her on Oct. 25 of last year, when she was 19. The pair had a sexual tryst after his concert and backstage at L.A.’s Staples Center, it’s alleged in court papers,” according to Star magazine.

Yeater wants Bieber to take a DNA test to confirm he’s the father of her three-month-old son ,Tristyn, and then to provide “reasonable child support, effective immediately.”

“While we haven’t yet seen the lawsuit, it’s sad that someone would fabricate malicious, defamatory and demonstrably false claims,” Bieber’s publicist said in a statement. “We will vigorously pursue all available legal remedies to defend and protect Justin against these allegations.”

But the lawsuit brings up a bigger issue: was Bieber raped by Yeater? California Penal Code: Section 261.5 states that “unlawful sexual intercourse is an act of sexual intercourse accomplished with a person who is not the spouse of the perpetrator, if the person is a minor. For the purposes of this section, a ‘minor’ is a person under the age of 18 years and an ‘adult’ is a person who is at least 18 years of age.”

Bieber was only 16 at time of the alleged sexual encounter; Yeater said she was 19, making it statutory rape, according to California law. So, the new mother could be in some serious trouble just for claiming the encounter took place, even if Bieber isn’t the father of her child.

What do you think: Should Mariah Yeater get in trouble for her alleged sexual contact with Justin Bieber?