David Arquette was eliminated on Dancing with the Stars, but he says the show gave him the greatest gift: joy. 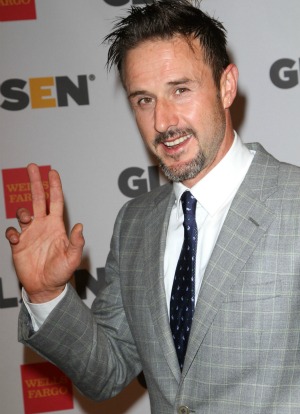 David Arquette and Kym Johnson hung up their dancing shoes last night, but the Scream 4 actor says despite his elimination the show gave him a tremendous gift: joy.

Arquette, who has struggled since his split from Courtney Cox, says being on Dancing with the Stars helped him turn his life — and image — around after a string of ill-thought interviews with Howard Stern and a stint in rehab.

While Arquette says he is “sad” about leaving the show, he is also looking forward to getting his life back.

“I’m looking forward to taking my daughter to school, going to ice skating with her, getting to play with her — just sleeping,” he said. “I woke up at 3:30 this morning, just amped up. It’s just so much high pressure and stress. I’m looking forward to that lack of anxiety on Mondays and spending time with my friends and family.”

“Coco will be sad, but she also knows it means I get more time with her, so that makes her happy,” he said of his seven-year-old daughter with Cox.

So who will Arquette be rooting for now that he will be watching the show from his couch instead of the dance floor?

“I love JR [Martinez],” Arquette told Us Magazine. “He’s been so great and supportive. What a great guy.”

Dancing with the Stars returns Monday night at 8/7c on ABC.