The Glee Project co-winner, Damian McGinty, made his long-awaited Glee debut Tuesday night and we have the deets on what went down.

We teased you with the pictures of his perfect pompadour hair, now find out what we thought of Damian McGinty’s big Glee debut as Rory the foreign exchange student… 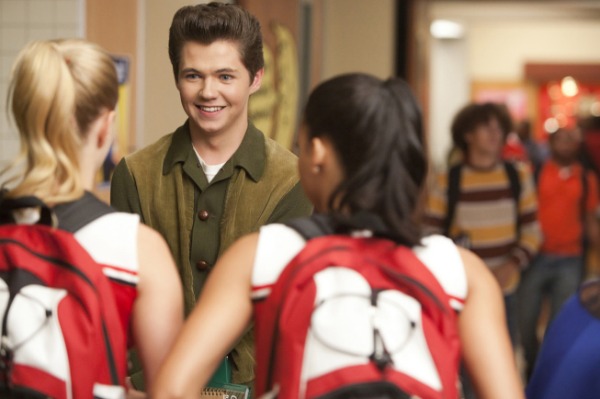 Glee returned with “Pot O’ Gold” after a way too long hiatus brought on by things we really don’t care to chat about, because we have an Irish cutie named Damian McGinty to discuss.

Catch up on the last Glee >>

If you missed The Glee Project’s Damian McGinty on Tuesday night’s episode of Glee, we’ve got the dish on everything you missed — including a few other story lines you’re bound to gleek out over.

Rory (Damian McGinty), an Irish foreign exchange student staying with Brittany, burst onto the Glee scene and what an impression he made.

Chord Overstreet back on Glee >>

Brittany was convinced Rory was a leprechaun and he went along with the charade for two reasons: One, he wanted to get into her “pot o’ gold” and two, he has no friends. 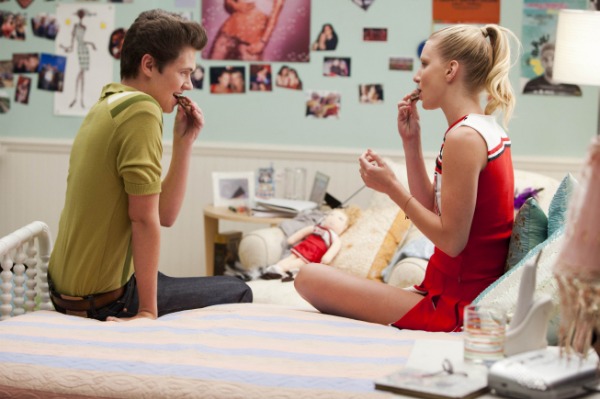 While the poor little virgin was busy trying to grant Brittany (Heather Morris) three wishes, one of which was to have a box of Lucky Charms filled with only marshmallows, Santana was brewing schemes of her own — trying to recruit Brittany to Shelby’s all-girl club with Mercedes.

Santana forced Rory to tell Brittany she found out about him and her only wish was for Brittany to join Shelby’s club. Yeah, Mercedes got to Santana and Santana got to Brittany.

It worked after Finn called her an idiot — no one calls Brittany an idiot — she was out of there fast and joined the Troubletones — even though Finn did eventually apologize.

The New Directions aren’t down for the count after losing Mercedes, Brittany and Santana, however. Rory is a big fan of Finn’s (Cory Monteith) and after begging his idol to be his friend, Rory ended up auditioning for the New Directions.

Uh-oh, now Kurt has competition because he hit some huge high notes!

To wrap up the side stories, Quinn continued her plan to get closer to Beth by offering to watch her for Shelby — yeah, it wasn’t exactly a bonding effort. Quinn wanted to plant some evidence that Shelby was a bad mother and call child services, but Puck was torn on the idea.

Then there was Burt Hummel’s big announcement. He wants to stop Sue’s (Jane Lynch) disrespect of the arts and he’s running against her for office – – he’s actually a good public speaker.

What did you think of this week’s Glee? How about Damian McGinty’s debut?