Cher’s mama bear claws have come out: The singer is defending the “rude” treatment of her child Chaz Bono at the hands of the judges on Dancing with the Stars. 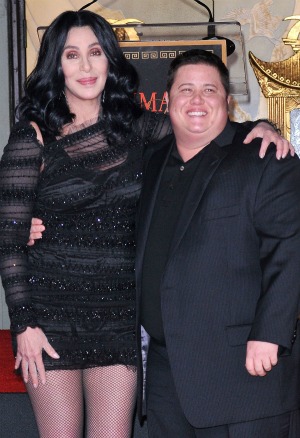 Do not mess with Cher’s kid. Chaz Bono sat down with Anderson Cooper to discuss his dismissal from Dancing with the Stars and the Hollywood kid’s famous mom called in to defend her cub.

The surprise phone call seemed to please Bono, who in the past shared that his mom was initially uncomfortable with his struggle with gender dysmorphia.

“I just thought they were rude and it was gratuitous rudeness,” Cher said of the Dancing with the Stars‘ judges. “I just, I was just pissed off. I was really upset. Not that Chaz was voted off, but that they were so disrespectful.”

Just hours after his elimination from the show, Chaz blasted the DWTS judges for calling him a penguin, a basketball and an Ewok.

No matter what happened on Dancing, Cher says she is so proud of her son — and has figured out that he’s still the same child she has known and loved his whole life.

“As a mom, you have a child and then all of a sudden, you have a different child, but you have the same child,” Cher said. “So it’s very hard to kind of twist your mind around to the adjustment. But then when you look at it, and you’re around your child, you just think, ‘Oh, no difference.’ Same child, different wrapping.”

Cher talks about her pride in Chaz Bono:

Read on for more Chaz Bono: