Adele wants fans to know she does not have throat cancer — and her reps are speaking out about it. 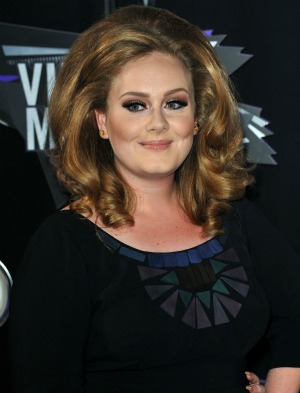 Critically-acclaimed, award-winning singer Adele has been plagued with throat problems this year so bad that she has had to cancel the remainder of her 2011 tour dates to undergo surgery. Cue the cancer rumors!

Now the singer wants fans to know that whatever else may be wrong with her, Adele does not have throat cancer.

“We would like to reiterate that Adele is to undergo surgery for a hemorrhaged vocal chord. All reports regarding any other condition are 100 percent false,” Adele’s spokesman said in a statement released on Monday.

The sad situation hurts no one more than the singer herself, who absolutely hates disappointing her fans. She wrote on her blog (all spelling and grammar in context), “the fact is i have never been able to fully recover from any of the problems that ive had and then continue to rest even once im recovered, because of my touring commitments.”

“ive been offered the chance to not tour at all to save anything like this from happening again, but i simply hate letting you down. although now im having to let you down once again through no fault of my own really. if i continue to pick up everything before i have properly conquered these problems and nipped them in the bud. i will be totally and utterly fucked. singing is literally my life, its my hobbie, my love, my freedom and now my job. I have absolutely no choice but to recuperate properly and fully, or i risk damaging my voice forever. i have great confidence in believing you know how much this upsets me, how seriously i take it and how truly devastated and annoyed i am by this.”