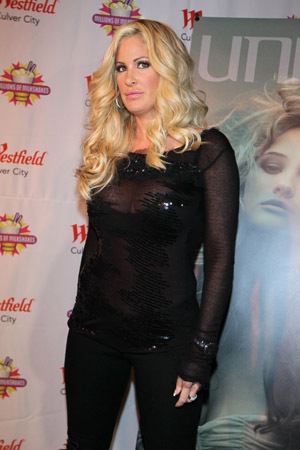 We were floored when Kim Kardashian debuted her engagement ring back in May — after all, it’s worth $2 million and weighs in at about 20-carats. However, another reality star named Kim is making waves with her engagement ring: Real Housewives of Atlanta star Kim Zolciak.

Zolciak got engaged to Atlanta Falcons player Kroy Biermann earlier this year after giving birth to the couple’s son, Kroy Jagger. She’s been pretty mum on a lot of the details, though a ring photo tweeted on Tuesday shows she’s got major bling status right now.

At 10-carats, it’s not bigger than Kardashian’s ring — but we have to say it looks better than Kimmie’s ring. The cut gives off a larger-than-life vibe — fitting for Zolciak’s personality.

“I definitely don’t want to get married while I’m pregnant,” Zolciak told Life & Style before having baby Kroy in May. “But I can see myself marrying Kroy in the future.”

That day is coming soon: The couple is slated to wed on the most popular wedding date of the year — 11/11/11. The nuptials will be filmed — of course — for a new spinoff show. Guests must agree to be filmed or they cannot attend the wedding, according to reports. 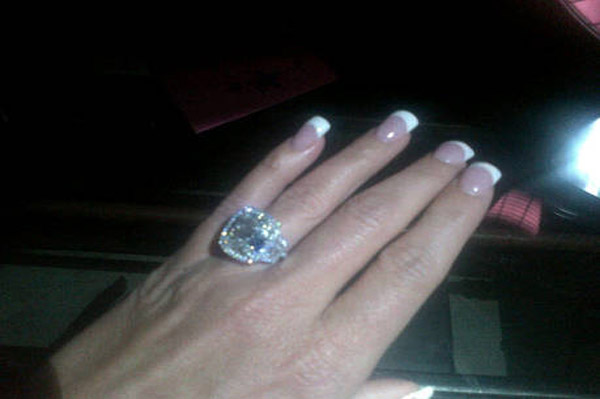 “He makes me a better person,” Zolciak said of her fiance. “I love everything about him.”

Is this Kim’s fairytale wedding, part 2? Let’s hope this one lasts a wee bit longer — 72 days isn’t hard to beat, after all.

Which ring do you like better: Kim Zolciak’s or Kim Kardashian’s?