You may not know Jessica Chastain by name, but you’ve certainly seen a lot of her lately. This year’s red carpet queen has a list of hot credits to her name, including little films like The Help, The Tree of Life and The Debt. Check out the scoop this brand new star gave ASOS magazine! 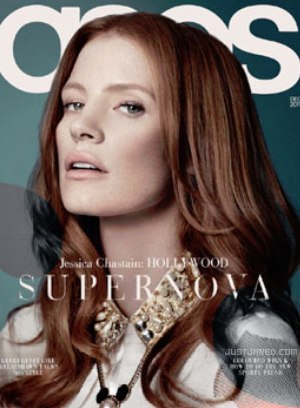 Jessica Chastain has had one whirlwind of a year. The 30-year-old ASOS magazine cover girl reflects on it all in the Dec. issue — from her red carpet inauguration with Brad Pitt and Sean Penn to going buxom and sexy in The Help. She even talks about receiving the Gucci Award for Women in Cinema from Madonna and being dubbed Vogue‘s latest style crush.

Chastain burst into view when she walked her very first red carpet arm in arm with Brad Pitt and Sean Penn at the Cannes premiere of Tree of Life, in which she played Pitt’s wife and Penn’s mother.

“[They were] the best accessories I could have asked for to go with that [Zac Posen] dress,” she quips.

For The Help — which roared into theaters a few months later, making waves and reigning at the box office well into Sept. — the redhead went blonde and gained weight to win America’s hearts as Celia, a sweet Marilyn Monroe-esque outsider. 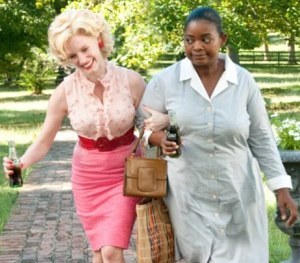 “Filming that was like being at summer camp,” Chastain tells ASOS. “We were all in this small town — Greenwood, Mississippi — so we would work all day, then go and eat because we had to gain weight…”

Chastain had more to say on the process of gaining weight, “It’s really fun because it means you get to eat a lot and you don’t have to worry about working out, but it also means that all of your clothes get too tight…There’s something sensual about being heavier, you feel like a painter’s muse.”

Next up for Chastain is Take Shelter, due out Nov. 25, and then the indie drama The Wettest Country in the World, with Tom Hardy, Shia LaBeouf, Gary Oldman, Guy Pearce and Mia Wasikowska, due out in Dec. 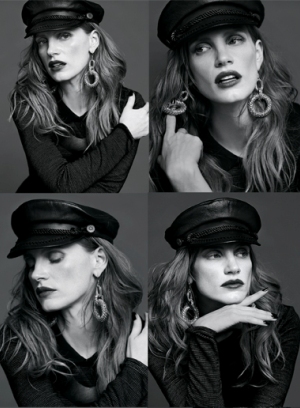 As if big screen success and red carpet fun wasn’t enough, Chastain has become one of this year’s fashion “it” girls. She’ not only earned the inaugural Gucci Award for Women in Cinema — and had it presented by a little somebody named Madonna! — but Vogue also named her its latest style crush.

“It’s a little embarrassing to even talk about, because you think, ‘What has happened to my life?!'” Chastain marvels.

This actress definitely knows a thing or two about style, but to her, it’s all about story.

“I live by the ocean in California, so it’s Chloe sweaters and jackets,” she says of her every day style. “I absolutely adore Louis Vuitton… I love the color, there is so much play. And I love new designers, Juan Carlos Obando and Prabal Gurung.

“I always try different things, try to change my look… I can’t wear all things… I could never be a model… What I am is a storyteller, so when I see an amazing dress, I think about the story of the dress and get into character.”

While Chastain is enjoying the spotlight, being a sexy redhead does have its downside. “I got teased a lot when I was a little kid. Bullied for being a redhead,” she says. “When you become an adult, that stops. But then when you become a known actor, it comes back. People write mean things on message boards… people feel that they can say mean, mean things… it’s really shocking and strange.”

Lucky, Chastain has the ultimate support system, including a BFF who made her swear she won’t change, and a mom who’s got her eye out. “My mom told me I’m not allowed to look [at the boards] anymore,” she reveals. Chastain’s mom told her, “‘From now on, I will look and I will let you know if there’s something you need to address, but it’s not healthy.’ And she’s right. It’s not healthy for me to look at mean things people say.”