Universal has released a new trailer for their highly anticipated American Pie sequel, American Reunion. It’s been over a decade since the original cast appeared on screen together. They’re married, they’re parents, but they still know how to party!

The boys (and girls) from American Pie are back in town for the new comedy American Reunion. The original cast from this hit film franchise returns to their star-making roles for one last hurrah. Universal has released a new trailer for the film and it shows Jim (Jason Biggs), Michelle (Alyson Hannigan) and the rest of the gang up to their old tricks! 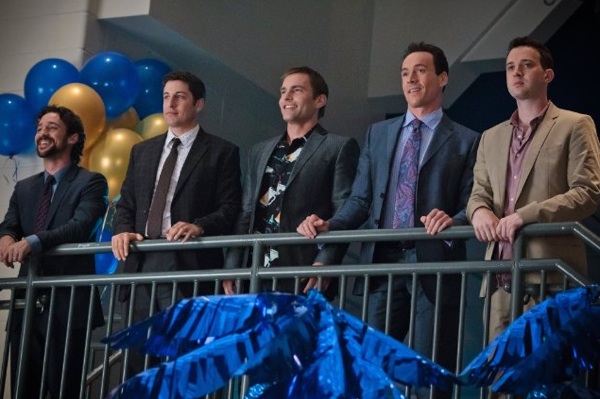 In 1999, when the first film was released, the premise centered on four high school boys on a quest to lose their virginities. It was a hormonal roller coaster that took them to places none of them expected. As time passed, Jim and Michelle got married and started a family, Heather and Oz moved on, Vicki and Kevin broke up and Finch continued to yearn for a relationship with Stifler’s mom (Jennifer Coolidge).

Now that they’re adults, the group will reminisce about the good old days and get inspired by the latest batch of teens running their high school halls. A lot has changed in 10 years but Stifler won’t let his lack of Twilight knowledge keep him from scoring with a few seniors. He’ll fake it till he makes it!

Check out the American Reunion teaser trailer below.