Bethenny Frankel says motherhood may have changed her, but she’s still neurotic about cleaning. 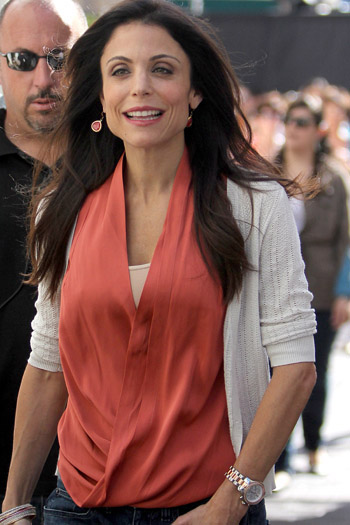 It’s safe to say life has changed a lot since Bravo reality star Bethenny Frankel gave birth to her daughter, Bryn, in May 2010. For one, she’s had to completely change her approach to cleaning.

“Mothers understand, it’s hard,” Frankel told SheKnows last week while promoting Clorox’s Bleach It Away promotion. The star of Bethenny Ever After said she’s in a constant fight to keep everything in some sort of organized chaos. “There’s always a mess with the toys, the baby stuff, bottles.”

And, of course, those wonderful accidents that toddlers have from time to time. Bryn had one recently — on Frankel’s white carpet. “Jason [Hoppy, her husband] thought it was funny when Bryn was running around naked and pooped on the rug.”

They cleaned up the mess — no big deal — but then she did it again in the same spot.

“It was like she was a dog or something,” Frankel joked.

Her constant fight to keep things clean is the reason why the reality star teamed up with Clorox’s Bleach It Away to give away $25,000.

“What’s a Bleachable Moment? It’s when two small things can add up to one big mess… like a toilet-training toddler and a bath tub. Sometimes things like Bleach can help make them better,” Frankel said about the promotion.

“Clorox is launching the Bleach It Away program to help make sure moms are prepared to tackle the next messy Bleachable Moment in their lives. They’re asking moms to share their Messy Moments on bleachitaway.com and Clorox will reward them for sharing and surviving with the chance to win $25,000!”

Frankel is also featured on the site with some of her more memorable stories about Bryn and cleaning.

Can you relate to Bethenny Frankel’s cleaning woes?