American Horror Story will definitely return from the dead. After only a few episodes, FX has decided to renew the series for a second season. It looks like the terrifying drama could be haunting audiences for years to come.

Ryan Murphy has another hit on his hands. Following Nip/Tuck and Glee, the executive producer’s found more success with his latest series, American Horror Story. With just four episodes under its belt, the FX network has decided to renew the drama for a second season. 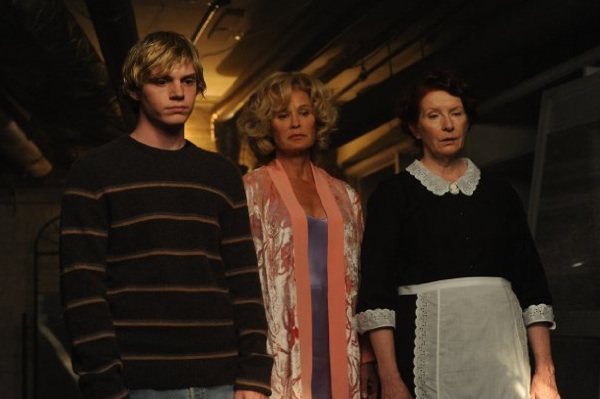 FX’s decision to renew the show came just in time for Halloween. Coincidence? According to The Hollywood Reporter, American Horror Story has been a strong performer for the network, bringing in 5 million viewers with its premiere and encore airings.

American Horror Story stars TV veterans Dylan McDermott (The Practice) and Connie Britton (Friday Night Lights) as a struggling married couple whose lives take a dark turn after moving into a new house. They, along with their teenage daughter, played by Taissa Farmiga (Vera Farmiga‘s younger sister), are haunted by the memories and deaths of their home’s previous owners.

Aside from McDermott and Britton, American Horror Story features the talent of two-time Oscar winner Jessica Lange, as well as Golden Globe winner and former TV mom, Frances Conroy. Both actresses deliver powerhouse performances in roles like you’ve never seen them in before. Ms. Lange will definitely be one to watch during awards season.

Ryan Murphy co-created Horror Story with Brad Falchuk — the duo split their time between the macabre drama and their high school musical Glee. Producing two hit shows sounds like an exhausting job, but Murphy takes it in stride. He said, “If you love something, you make time for it. If that means you give up your weekends, you do it. And that’s sort of the mood that we had and the ideology that we had as we approached doing these two shows at once.”