When a New York gossip column reported Eva Longoria was getting close to another NBA star like her ex, Tony Parker. Longoria instantly took to her Twitter account to clear the air. 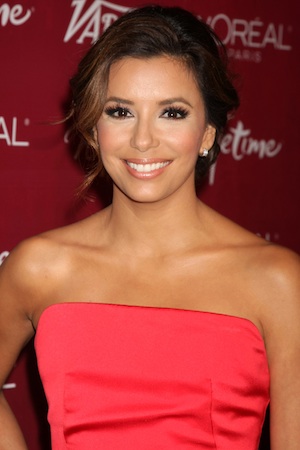 “Page Six” reported Barnes and Longoria were seen dining with friends Il Mulino, an upscale restaurant in Manhattan. A source for the gossip column was quoted, “There was definitely a spark between Eva and Matt. They weren’t seated next to each other, but you could tell there was something between them. There was a little hand-holding over the table and a lot of eye contact.”

Longoria was clearly not happy with the post and took to her Twitter account to dispel the rumor. “First jessica simpson, now this. Once again, press gets it wrong, matt barnes and I are not dating! We are doing a charity event together for Padres and Athletes vs Cancer. Why is the truth never the headline? why did I bother to comment when they put your statement at the end of articles? #stillannoying.”

Eva Longoria is actually dating Penelope Cruz’s younger brother, Eduardo Cruz. The two were spotted out together back in late 2010 and early 2011. The much younger man (10 years to be exact) is a famous Spanish singer.

Longoria filed for divorce from Parker in November 2010 after reports surfaced of Parker’s infidelity. While Parker denied the rumors at first, Longoria reportedly found hundreds of text messages from Erin Berry, wife of Parker’s Spurs teammate Brent Barry on his phone. It was later revealed Erin and Brent were separated at the time. The following day Eva filed for divorce.