In honor of the Kardashian-Humphries quick split, SheKnows takes a look back at the most shocking celebrity marriages we never saw coming and divorces we knew were just a few good lawyers’ fees away. 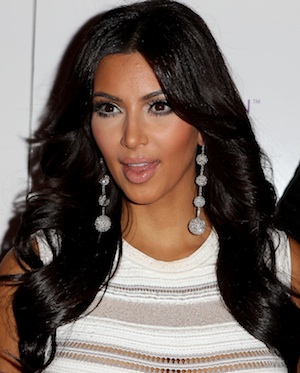 We all were surprised and a bit judgmental (okay, maybe a ton judgmental) when we learned Kim Kardashian was set to wed her new boyfriend Kris Humphries. However, I cannot say with as much conviction that her fans and followers were equally as shocked when Kardashian announced their pending divorce this morning. SheKnows takes a look back at the most infamous, short-lived romances among the Hollywood elite.

Well, if a multi-million dollar wedding (paid for by sponsors) can’t make a marriage last, what does it take these days? News broke earlier today of a confirmed split between Kim Kardashian and Kris Humphries just a few months after their wedding and just weeks after the rumor mill started churning that these two were on the outs. TMZ reports Kardashian is seeking a divorce, not an annulment, and that the two agreed to a prenuptial agreement. This is Kim Kardashian’s second marriage; her union with Damon Thomas, when she was 19, lasted four years.

Forbes estimates Kim Kardashian made $17.9 million dollars from her televised wedding special. That’s quite a profit margin there, Ms. Kardashian.

Judd went from struggling backup dancer in Los Angeles to husband of one of the most famous women in the world, if only for nine short months. Jennifer Lopez met Judd on the set of a music video while she was still dating Sean Combs. After Judd, she went on to date Ben Affleck and marry, then divorce Marc Anthony.

Mario Lopez and Ali Landry dated for six years before tying the knot in Mexico. Two weeks later? Splitsville — due to speculation of Lopez’ infidelity. Us Weekly reported Lopez admitted in a 2011 Howard Stern interview that he cheated during his bachelor party just days before his wedding. “It was my bachelor party… I had no business being in that position.” He went on, “it was spring break. I was not mature and man enough.” Ali opened up in 2010 to Parent Dish, “It was the worst thing that ever happened to me. I have never been betrayed by somebody like that.”

Kenny Chesney and Renee Zellweger: May 2005 to September 2005

After 4 months of dating, the pair wed in the U.S. Virgin Islands. Zellweger annulled the marriage in Sept. 2005, citing “fraud” but later clarified, “the term ‘fraud’ as listed in the documentation is simply legal language and not a reflection of Kenny’s character.” Chesney talked to Oprah in 2010, said he “panicked.” While Zellweger moved on and has dated several Hollywood stars, Chesney has yet to find the one.

What do you do if the clubs are closed and you’re still ready to party? Get married, of course! That’s what Britney Spears and childhood friend Jason Alexander did back in Jan. 2004 after partying at The Palms. Spears and Alexander showed up to The Little White Wedding Chapter at 5:30 a.m. and spent a whopping $200 for an all-inclusive wedding package — photography included. The now-infamous photo of Spears in low-rider jeans and a trendy (at the time) trucker hat grinning next to her childhood friend (note: not sweetheart) is in our memory forever.

Annulled 55 hours later, lawyers for Spears stated the entertainer “lacked understanding of her actions.” Britney was coming off her breakup with Justin Timberlake a few years earlier in 2002 and fresh from her infamous Madonna-kissing performance in Aug. 2003. Both Spears and Alexander were 22 at the time of the marriage.

While Kim Kardashian and Kris Humphries certainly lasted longer that a few other couples on our list, it’s probably safe to say Kim made the most significant financial gain from her mega-wedding and mini-marriage, at least directly. Check out this extended countdown of the shortest celebrity marriages ever — we go way back.