Kris Jenner writes in her new memoir that she could have saved Nicole Brown Simpson if she had visited her friend when she asked. 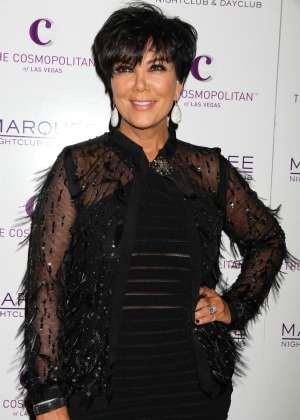 Kardashian matriarch Kris Jenner is releasing a memoir — and in it she spills sad details about the murder of her friend Nicole Brown Simpson and how she thinks she could have stopped the tragedy that fateful night.

In her upcoming book Kris Jenner… And All Things Kardashian the mom of six writes that Brown Simpson called her on the night of the murders and asked her to come over, saying she had “something really, really important” to discuss.

Jenner says she had to beg off, but promised to come by the next day.

By that time, it was too late. Jenner awoke to the news that Brown Simpson and her friend Ron Goldman had been murdered in cold blood the night before — and Jenner “instinctively knew that in some way O.J. [Simpson] had something to do with her death.”

“I truly couldn’t believe she had been so betrayed by the person who she had once loved most. That O.J. would be so destructive and selfish and jealous that he would do that to her was just mind-blowing to me. All these thoughts were running through my mind. This can’t be true,” Jenner writes.

The events drove a wedge between Jenner and her ex, Kim Kardashian‘s dad Robert Kardashian. What had been a friendly divorce turned acrimonious when Kardashian joined Simpson’s legal defense “dream team.”

What did Brown Simpson want to talk with her about? Turns out she had been collecting proof of the abuse she suffered at the hands of the football legend, and she was turning to Jenner for help.

“Nicole had been beaten up by O.J. and she had been keeping this in physical proof in the form of photographs and, it would, turn out, other evidence, in which she had documented 17 years of abuse,” she writes.

O.J. Simpson was controversially acquitted of the murders of Nicole Brown Simpson and Ron Goldman, although many remain convinced of his guilt. He was found responsible for the deaths in a civil suit. The former football star is currently in prison on kidnapping charges.