Brian Williams is rolling out Rock Center tonight — will you be watching? 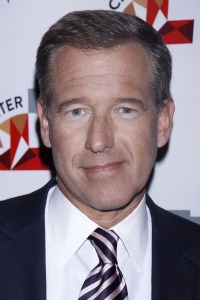 He slow jams the news with Jimmy Fallon and anchors the highly rated NBC Nightly News, but that’s not enough — Brian Williams is adding more to his repertoire.

During a conference call with reporters last week, Williams said of Rock Center with Brian Williams, “All we’ve been told, is to go and do the kind of broadcast we’d like to watch.”

The anchor of NBC Nightly News added of the show, “There’s no benchmark, there’s no numbers, there’s no ratings. Our charge was to put together the best broadcast of its type we could, get on the air and stay there.”

Executive producer Rome Hartman said Rock Center with Brian Williams, “Ought to feel like Brian’s playlist. He was on his way to London to cover the royal wedding, got there, (immediately) turned around and went to Tuscaloosa, Ala., and covered that devastating tornado. He’s not the managing editor of this program for nothing.”

Brian Williams is committed to bringing quality journalism to Rock Center with Brian Williams and it starts with his team and Willliams’ enthusiasm for the project.

He assured, “We’re hiring people to put journalism on television. You don’t get to start something like this more than once or twice in your lifetime.”

We want to hear from you. Will you be tuning into Rock Center with Brian Williams tonight? Is there room for this type of show?

Read On For More NBC