Justin Bieber and Mariah Carey have released a sneak peek (or shall we say, sneak listen!) of her classic hit, “All I want for Christmas Is You.” Listen to it here!

All I want for Christmas…. is Justin Bieber and Mariah Carey! Bieber has released his duet with Carey of her classic hit, “All I Want for Christmas,” off of his new Under the Mistletoe album. It has the same lyrics and sound of the original, with Carey singing solo at first and Bieber coming in on the second verse — but he adds a fresh sound to it that his fans will love. 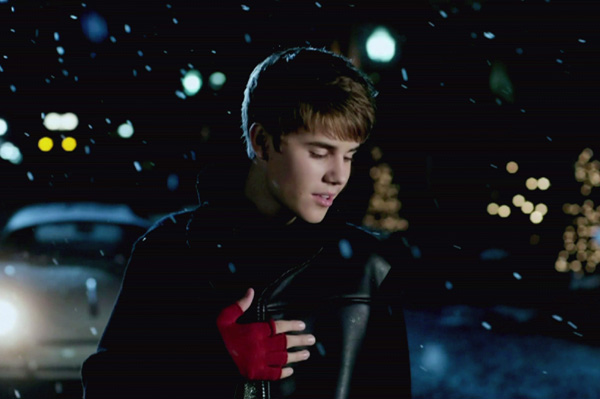 “We wanted Mariah from the beginning, but we kind of thought it was really hard, so we didn’t really push the idea,” he told MTV News, of getting her to collaborate on his Christmas album. “But she’s on my label, so we reached out to some people, she got in contact with us, and Randy Jackson was actually at the studio with us, and I was like, ‘Yo, you think you can help get Mariah on the Christmas album?’ And he was like, ‘I’m actually going to see her in New York on Monday,’ and I was like ‘Yo, go do that!'”

The pop star recently told Access Hollywood that it was Carey’s idea to do a re-mix of her original hit, “All I Want for Christmas.”

“I was very honored,” he said. “I really wanted to do the song and I couldn’t do it better than her. To have her on the song with me, it gives me the stamp.”

Even though Bieber hasn’t yet released his Under the Mistletoe album, which drops Nov. 1, he has released his single, Mistletoe, which can be currently downloaded on iTunes.