Adele has cancelled all shows and appearances this year because she must undergo throat surgery.

Adele has been riding the wave of success with her hot singles Someone Like You and Rolling in the Deep — however, her voice may have other plans. The British singer announced a few weeks ago she was cancelling the remainder of her U.S. tour because of a hemorrhage on her vocal chords — and now she has announced she will be cancelling all UK shows in 2011. She was scheduled to perform six shows next month in the UK. 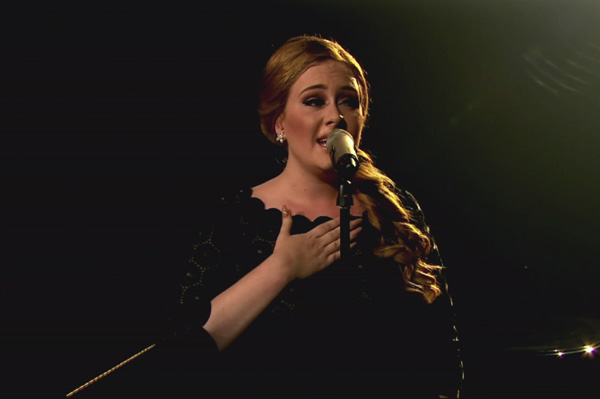 Columbia, her record label, made a statement today, saying, “It is with deep regret that Adele has been forced to cancel her remaining live dates and promotional appearances in 2011. She is to undergo surgery to alleviate the current issues with her throat and a full recovery is expected. As a result, doctors have ordered her to rest her voice and completely recuperate before looking to schedule any work commitments.”

The 21-year-old singer has the bestselling album of the year with 21, which has been at number one for 13 weeks in a row! According to EW, the last album to accomplish this feat was the Titanic soundtrack in 1998.

After she cancelled her shows in the U.S., Adele made an apologetic statement on her website, writing, “Singing is literally my life, it’s my hobbie, my love, my freedom and now my job. I have absolutely no choice but to recuperate properly and fully, or I risk damaging my voice forever.”

“I have great confidence in believing you know how much this upsets me, how seriously I take it and how truly devastated and annoyed I am by this,” she continues. “My voice is weak and I need to build it back up. I’m gonna be starting up vocal rehab as soon as [possible], and start building my over all stamina in my voice, body and mind. I will be back and I’m gonna smash the ball out the park once I’m touring again.”