Still can’t figure out what to wear on Halloween? Here are photos and clips featuring some of the best costumes on television this year, along with a few sneak peeks of Halloween fun ahead. See what Katie Holmes, Justin Long, Giuliana Rancic and others are wearing for Halloween.

Halloween is almost upon us and the costume parade has already begun. Angry Birds, Amy Winehouse, Smurfs, Snookie and Twilight vamps are sure to show up at your party, but if you want to go another way, check out this television season’s best costumes so far, as well as a few still to come. 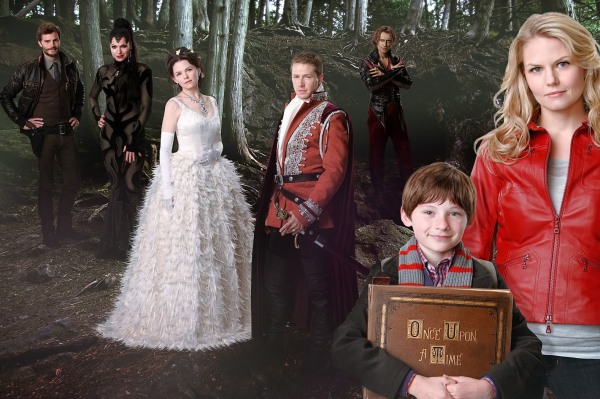 In addition to the shows below, period episodes and series like Once Upon a Time (above) are a treasure trove of Halloween costume ideas.

How I Met Your Mother Costume Party Sneak Peek 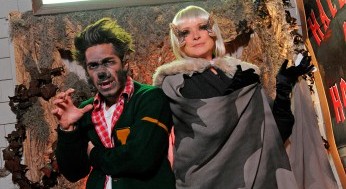 No holiday is complete without your Martha Stewart fix. Tune into The Martha Stewart Show on the Hallmark channel on Monday for a Halloween fright fest filled with thrilling and chilling party ideas. Actor Justin Long (Live Free or Die Hard) drops by for some wicked fun, plus a professional haunt expert provides spooky tips. Also, Stewart has a webpage dedicated to the Halloween, with tons of videos. 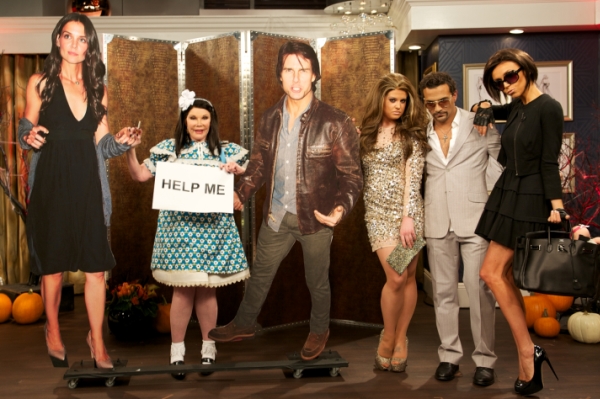 Can you tell who’s real in this picture? On E!’s Halloween episode of Fashion Police, Joan Rivers, Giuliana Rancic, Kelly Osbourne and George Kotsiopoulos pull out all the stops and transform into their favorite celebrity alter-egos. Fashion Police airs Fridays on E!

The Talk Goes Over the Rainbow

Venture over the rainbow on Monday with The Talk‘s Wizard of Oz themed episode, featuring Paula Deen, Cloris Leachman… and a surprise guest appearance! Who will the Wizard be? 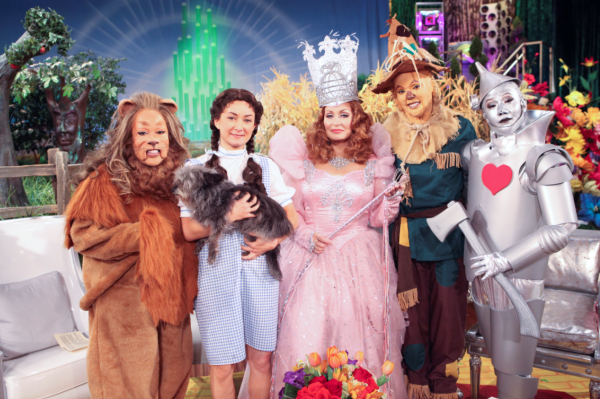 Get the Pan Am stewardess look 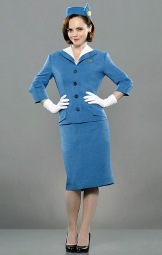 A Pan Am stewardess must look the part to a T. If you’re thinking of flying the friendly skies on Halloween, just follow the uniform specs found in ABC’s how-to kit, which includes patterns for the Pan Am wings lapel pin, and the stewardess cap. All you need to scrounge up is a blue thrift store suit, a white collared shirt, white gloves, black low-heeled pumps and a 1960s updo.

The Today show always goes all out for Halloween. You’ll have to wait until Monday morning to see what they’re wearing this year, but here a retrospective of favorite Today show Halloween moments to help you with ideas for this weekend.

ABC’s Last Man Standing went full steam ahead, with a street full of trick-or-treaters, not to mention a visit from the “real” Elvira. CBS’ Mike and Molly went Frankenstein. NBC’s Community offers our one vampy sample, while Parks and Recreations‘ Halloween party host was a sumo wrestler on a diet. 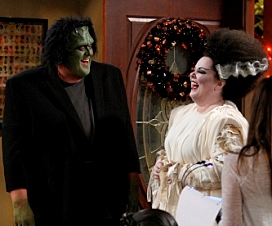 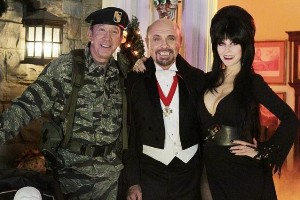 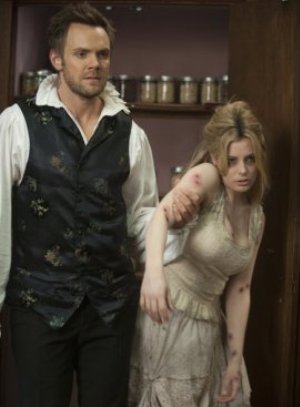 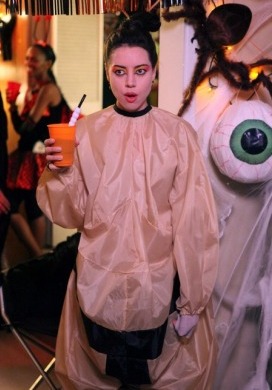 As this Happy Endings clip reflects, Halloween is all about making an entrance. If you watched the episode, however, you’ll know to be wary of sexually confusing outfits. Alex’s gruff voice caused her to be mistaken for a man!

The Office got dressed up for the holiday this week.

Dancing with the Stars Halloween dance

Mark Ballas and Lacey Schwimmer did a special number on Dancing with the Stars this week.

Be your favorite celebrity this Halloween!