Michael Lohan continues to cause drama in Kate Major’s life, even while he’s in jail: She’s being evicted from her apartment, thanks to him!

Michael Lohan’s estranged girlfriend, Kate Major, might be happy that he’s in jail… again, but she’s not too happy about another development in her life: she’s getting evicted from her apartment. 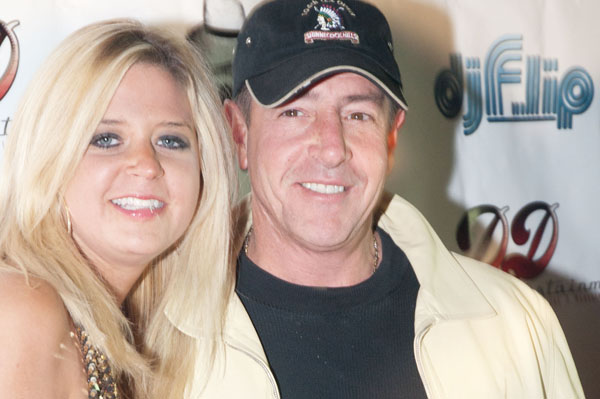 Major lives in a swanky Tampa apartment that’s home to athletes and other super-rich people who don’t like the drama she’s brought to their living space, according to TMZ.

“After Michael’s recent arrests, we’re told the entire complex has been swarming with photogs,” the website reported. Management has given her until Nov. 1 to pack her stuff and leave — that’s less than five days away.

Of course, the former Star reporter is planning to fight the eviction; it’s not looking good for her, though.

The latest drama between the couple came early Thursday morning when Lohan continually harassed his ex, leading her to call the police. He attempted to evade cops by jumping from a balcony, injuring his foot in the process.

“I am sick of being lied about by Michael Lohan Sr.’s false allegations about his continual physical and mental abuse toward me,” she told TMZ after her ex-boyfriend’s latest arrest.

“Obviously the judge was correct when questioning if he could ‘read.’ He has no regard for the justice system. He can beat up women but Mr. tough guy who slurred his words calling me five times after getting out of jail wasn’t too tough by jumping off a third floor balcony into a tree to try to flee from going back to the same jail he just got released from less than 12 hours ago,” she added.

“Maybe they have phonics books in jail!”

Good thing Lohan will likely be in jail this weekend — Major needs a drama-free couple of days to find a new place to live. Note to Kate: Don’t tell Michael Lohan your new address.