According to a new report, it looks like Kim Kardashian “shopped around” for a husband before finding the perfect one. 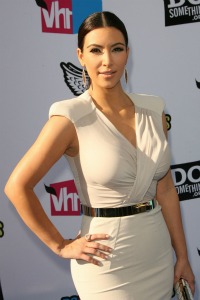 A new report from gossip web site Radar is fueling the rumor that Kim Kardashian tried to find the perfect husband for her reality television show and only picked her husband Kris Humphries after she was rejected by an Italian basketball star.

According to Radar, E! television producers approached New York Knicks star Danilo Gallinari and asked him if he was interested in being on a reality television show with the Keeping Up With The Kardashians star.

A source close to the production crew says, “Danilo said he would love to meet Kim but was not interested in dating her or being on a reality show. Even though E! explained it would be great for his career, Gallinari turned the offer down.”

It looks like after Gallinari rejected Kardashian’s proposal, she went with her second choice, New Jersey Nets star Kris Humphries, who happily obliged.

The now-married couple have been putting on a united front after allegations were made that their almost two-month marriage is falling apart behind the scenes. Kardashian and Humphries first met late last year before Humphries asked the curvaceous star to marry him in May of this year. The couple married in a star-studded, multi-million dollar wedding in August.

The newlywed couple has been spotted holding hands almost everywhere in the past week, as they celebrated Kardashian’s 31st birthday in Las Vegas and cheered on her younger brother Rob at the Dancing With The Stars studio in Los Angeles.

Rumors of marital strife began when Kardashian took her mother Kris Jenner instead of her husband on a trip to Dubai, while Humphries has been spotted at several night clubs in recent weeks living the life as a single man without his wedding ring on.

Let’s hope Kardashian won’t have to buy a costly divorce the same way she supposedly bought her marriage.