It’s a done deal: FX will bring Two and a Half Men alum Charlie Sheen back to TV summer 2012 in Anger Management, a new sitcom loosely based on 2003 Jack Nicholson movie of the same name.

It’s been a wild ride out and back into primetime, but Charlie Sheen has landed on his feet. Just a month after settling with Warner Bros and finalizing his very public breakup with Chuck Lorre, Sheen has found a new home. FX, which currently airs his former show Two and a Half Men in syndication, has ordered 10 episodes of Sheen’s new sitcom, Anger Management. 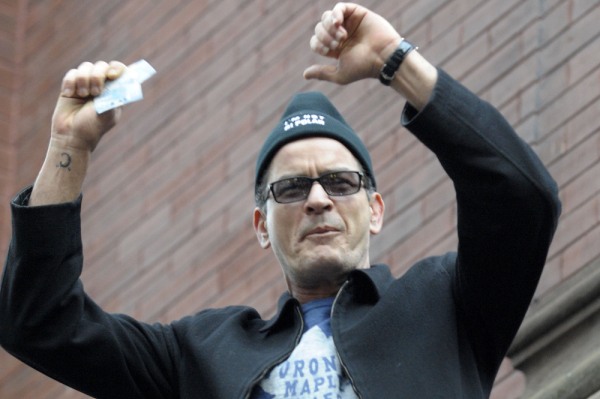 Sheen was TV’s highest paid actor until last winter, when his public breakdown cost him his gig at Two and a Half Men. But by fall, it was clear he was pulling himself back together. Buzz of a new Sheen sitcom popped up, along with news of his movie role and Comedy Central Roast in September. Now, with Ashton Kutcher making himself at home as the new lead on Two and a Half Men, Sheen’s back in business.

Anger Management is set to begin production early next year and hit FX in summer 2012. In the new sitcom, Sheen will star as the Anger Management therapist who wreaks havoc on the lives of his patients through his unconventional methods. The wacky character is based loosely on Jack Nicholson‘s character in the 2003 movie.

“I chose Anger Management because, while it might be a big stretch for me to play a guy with serious anger management issues, I think it is a great concept,” Sheen quipped.

Veteran comedy writer-producer Bruce Helford (George Lopez, The Drew Carey Show) takes the helm as executive producer and showrunner. Sheen also collaborated with movie producer Joe Roth, who he worked with in Major League, Young Guns and The Three Musketeers and is part of the Lionsgate Television team of producers behind the new sitcom.

“We think that Bruce Helford, [producer] Joe Roth and Charlie Sheen have come up with a wonderful, hilarious vehicle for Charlie’s acting talents — and a character we are very much looking forward to seeing him play,” said FX President and General Manager John Landgraf. “Two and a Half Men has been an outstanding component of FX’s schedule for the past 14 months, and we have every confidence that Anger Management will soon be as well.”

Anger Management doesn’t land until next summer, but there’s sure to be more updates before then, so stay tuned.