Jenelle Evans and her toddler son were taken to the hospital after a car accident. Are they okay?

Troubled MTV Teen Mom star Jenelle Evans added to her list of struggles Thursday afternoon when she crashed her car into a pole with son Jace in the backseat. 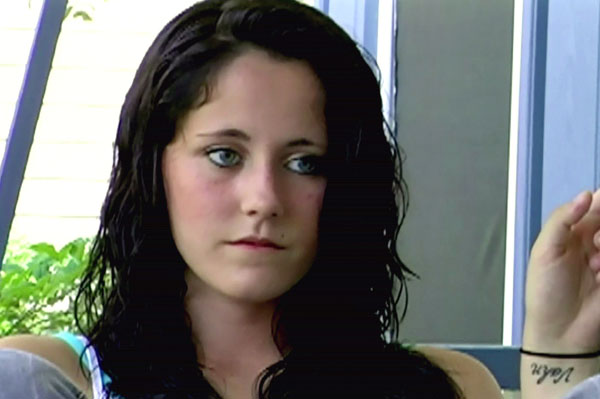 Evans, 20, crashed her white SUV into a light pole outside an Old Time Pottery store in Wilmington, North Carolina, according to TMZ. Authorities added that they don’t think drugs or alcohol played into the crash.

The Teen Mom has gone through her share of troubles since she snagged a spot on the popular MTV show. She went to rehab earlier this year to deal with her issues.

“She is clean right now and has been that way for several weeks,” an insider told US Weekly when she went to rehab. “She’s doing this program to help her cope with all the stress in her life: Her family situation, her legal issues, her general anxiety.”

However, she was arrested in August for testing positive for marijuana and opiates during a mandated drug test. She’s also on probation for the videotaped beating of an acquaintance in North Carolina.

Evans must be ok — she tweeted about the accident soon after it happened.

“LOOK TMZ.. Crashed into a pole in a parking lot going 10mph no drugs involved I’m clean. Jace is fine I’m injured in the hospital alone,” she tweeted, adding that her mother took Jace home. “I’m at the hospital still :(“

She has a good sense of humor about it, though. “[T]hem poles will jump out from nowhere lol,” a fan tweeted to the reality star.

Here’s hoping she doesn’t have serious injuries and is at home soon.

Do you think Teen Mom’s Jenelle Evans is back on the straight and narrow, like she says?