Ready to bite into a big, juicy Wahlburger? Mark Wahlberg and his brothers have opened up Wahlburgers restaurant and they are ready for business! 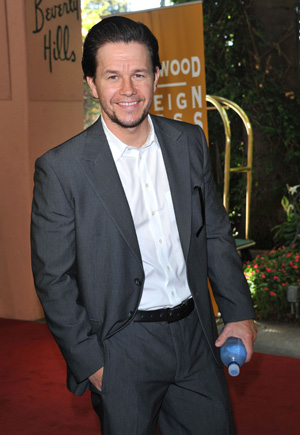 “He’s a five-star chef, but all he’ll eat are burgers! I’m serious,” Mark says of his brother Paul. “He goes out and eats a burger everywhere he goes. From one place to the next. He always makes them for himself. And he really believes that he is going to make every single burger here!”

The menu features the signature burgers, made with their very own “wahl sauce,” as well as hot dogs and even “Smahlburgers” for the kids!

Are the brothers concerned about going into business together? Donnie says he actually thinks it will be easier than working with strangers. “It’s great to do this as a family. It’s a lot easier to say something to your family rather than a stranger. I can call him out on anything. I can bring up something he did when he was 14 and not worry about it. It’s just better as a family. You can cut through the baloney,” he says.

Wahlburgers only has one location in the U.S., and Paul says while there could be more locations in the future, his priority is currently on this location. “I need to focus on this one location and do it right. If opportunities come up later on, great. But like I said, my main concern is this restaurant here,” he said.

Wahlburgers almost didn’t happen as a fast food chain in New York had the same name, but luckily they were able to land their catchy name and the rest is history.